Bryan Loritts suddenly left Abundant Life Christian Fellowship (ALCF) in Mountain View, California. His departure was quick and with not much notice. This blog has a question for Gary Anderson, and ALCF. Did you learn about Bryan Loritts role in the cover up a voyeurism and child pornography scandal at Acts 29 Fellowship Memphis in 2010?

“If you look at any successful professional – a salesperson, a marketer, a real estate agent, a trader – they all have the same qualities as the con man. The only difference is that one side uses their talents in the right direction and the con man is taking the easy way out.”

Here is a trustworthy saying: Whoever aspires to be an overseer desires a noble task. 2 Now the overseer is to be above reproach, faithful to his wife, temperate, self-controlled, respectable, hospitable, able to teach, 3 not given to drunkenness, not violent but gentle, not quarrelsome, not a lover of money. 4 He must manage his own family well and see that his children obey him, and he must do so in a manner worthy of full[a] respect. 5 (If anyone does not know how to manage his own family, how can he take care of God’s church?) 6 He must not be a recent convert, or he may become conceited and fall under the same judgment as the devil. 7 He must also have a good reputation with outsiders, so that he will not fall into disgrace and into the devil’s trap. 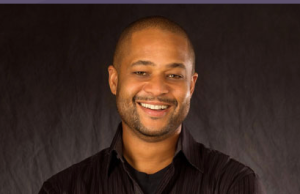 On February 26, 2016 through Facebook Abundant Life Christian Fellowship (ALCF) in Mountain View, California announced that Bryan Loritts would become their new pastor. This is how ALCF announced the new leadership.

Join us in welcoming Pastor Bryan Loritts to the ALCF family on Sunday, March 6! This is his first official Sunday as our lead pastor.

Meet & Greet: 12–1PM
Join us for an opportunity to connect with Pastor Bryan in the fellowship hall over light refreshments following our worship celebration. Read this week’s interview with Pastor Bryan on The Pastor’s Pen: bryanloritts.tumblr.com.

Bryan Loritts was at ALCF for about four years. As he continues to move on this blog has a question for Gary Anderson. Did ALCF know about the dark voyeurism and child pornography scandal that took place at Acts 29 Fellowship Memphis in Tennessee? If not this blog will bring ALCF up to speed on what occurred.

On January 8, 2020 at his blog Bryan Loritts revealed the preaching schedule for the next few months. Topics such as the marginalized, the church, singleness, good sex, and Biblical manhood/womanhood would be boldly taught. Despite the preaching schedule Bryan Loritts suddenly left ALCF. The last time Bryan Loritts preached was on January 26, 2020 when he preached “Healing Historical Hurts.”  And then sometime over the next couple of weeks it appears as if Bryan Loritts suddenly resigned. It created a lot of confusion and left people with many questions. This blog scrubbed the social media and internet looking for more information and ALCF as I learned is very image conscious church. They proclaim to the world when they bring a pastor on staff but say nothing when one suddenly leaves. Gary Anderson preached on February 17, 2020 about what is happening at ALCF and attempted to spin it as God being in control and at work. Gary briefly addresses what happened in the sermon I have inserted up above. If you listen to the talk he addresses Bryan Loritts leaving ALCF at 2:09 and continues on until about 5:30.

This is a difficult post to compose because I have more gaps than answers. What  is known is that ALCF has problems with their elder board. The elder board is authoritarian with some elders having been in their roles for around 20 years. When prompted to step down some have refused. The elder board had fired the founding pastor of ALCF and several other pastors as well. Some of those pastors were quite loving and did a good job from what this blog has heard. In the chaos Bryan Loritts ended up on the hiring list. But this post has a lot of questions and I hope that this post will flush out some answers. If any members or former members or attenders of ALCF can speak to any of these questions please contact me at wonderingeagle261@gmail.com

If anyone can answer those questions or talk about the power structure of ALCF let’s start talking so it can be analyzed and unpacked.

Did the Voyeurism and Child Pornography Scandal at Fellowship Memphis in Tennessee Catch Up with Bryan Loritts in California?

It was one of the darkest emails I received at this blog. In August of 2016 a victim of a deviant sex crime at Acts 29 Fellowship Memphis contacted me. She proceeded to tell me of a dark scandal. The Memphis Commercial Appeal, Memphis main newspaper also covered part of it. Bryan Loritts co-pastored Fellowship Memphis with John Bryson. Bryan Loritts brother-in-law was Rick Trotter who also led worship at one of the locations of Fellowship Memphis.   Rick Trotter was also into voyeurism and recorded people including underage children and in the process manufactured child pornography inside a church restroom in 2010. Bryan Loritts knew about the history of his brother-in-laws voyeurism and sex crimes. Loritts own children were recorded and Bryan did not take the issue to the Memphis Police. Bryan banned his brother-in-law from his home but did not report him to the police or tell his church community. Bryan, out of his greed  put his career and book publishing ahead of his own family. This blog considers him an abject failure of a man and a father. When Rick Trotter was caught one of those in the know wanted to tip off the Memphis Police to the sex crime. Bryan Loritts attempted to use a membership covenant to invoke church discipline on a person only to realize that the person did not sign a membership covenant. What happened under the leadership of Bryan Loritts and then John Bryson is that Fellowship Memphis covered up the sex crimes of worship leader Rick Trotter. The church went through the illicit recordings and contacted the women who were recorded and made them forgive Rick Trotter. Fellowship discouraged the females from going to the police. The crime was put on them and the church communicated that they didn’t want Rick Trotter’s life destroyed. And then they let him go where he supposedly went into sex addiction counseling in Georgia.

The scandal hung over Bryan Loritts and followed him around the country. Rick Trotter then went onto another church in Memphis in 2011 as a part time contractor and then went full time in 2015. He was hired knowing the situation that took place at Fellowship Memphis. He resumed his voyeurism for about three years inside a Presbyterian Church plant before he was caught. He was abruptly fired and the police were contacted. This blog told the story of Bryan Loritts, Rick Trotter and Fellowship Memphis and Downtown Church. The Memphis Commercial Appeal wrote about it and this blog also has kept up with the story as Bryan Loritts has fled. Bryan Loritts has never owned his role in the cover up. Loritts continues to bully the victims in Memphis as he scans social media and has tried to silence them. The question that needs to be asked is does Bryan Loritts still have the child pornography from the situation? For a deep dive into Fellowship Memphis you can read the following post in, “The Sordid Tale of Rick Trotter, Bryan Loritts, John Bryson and Acts 29 Fellowship Memphis and Downtown Presbyterian Church” And you can read the Memphis Commercial Appeal article in, “Former Grizzlies announcer Rick Trotter reportedly recorded women at another church in 2010.”

The question this blog has is the following. Did this scandal finally catch up with Bryan Loritts and were people at ALCF starting to ask questions? The behavior of Bryan Loritts in suddenly leaving fills a pattern as that is what he has done. For all the talk about responsibility, manhood and being a man, he has failed. For Bryan Loritts being in ministry is kind of like having serial killer Ted Bundy running an internet dating website. So if people have any additional information please contact me and let’s unpack what happened at ALCF.

7 thoughts on “Bryan Loritts Leaves Abundant Life Christian Fellowship in Mountain View, California. Did the Voyeurism and Child Pornography Scandal of Acts 29 Fellowship Memphis Catch Up with Him?”