On July 26, 2021 Liberty University Police engaged in a questionable arrest of an African-American man. The arrest turned rough when one of the Liberty Police officers placed his knee on the neck of Charles Miller. For this blog it is too reminiscent of the behavior by Derek Chauvin of Minneapolis. Liberty University has had a large racial problem that has led to African-American athletes leaving the school and Jerry Falwell Jr joking about the Ku Klux Klan and being blackface. This situation by the Liberty University Police Department is another extension of the cultural problems of this troubled evangelical school.

“When authority is total, so too is the madness of the man who declares it, and the potential for abuse of power.“

You are my refuge and my shield; your word is my source of hope. 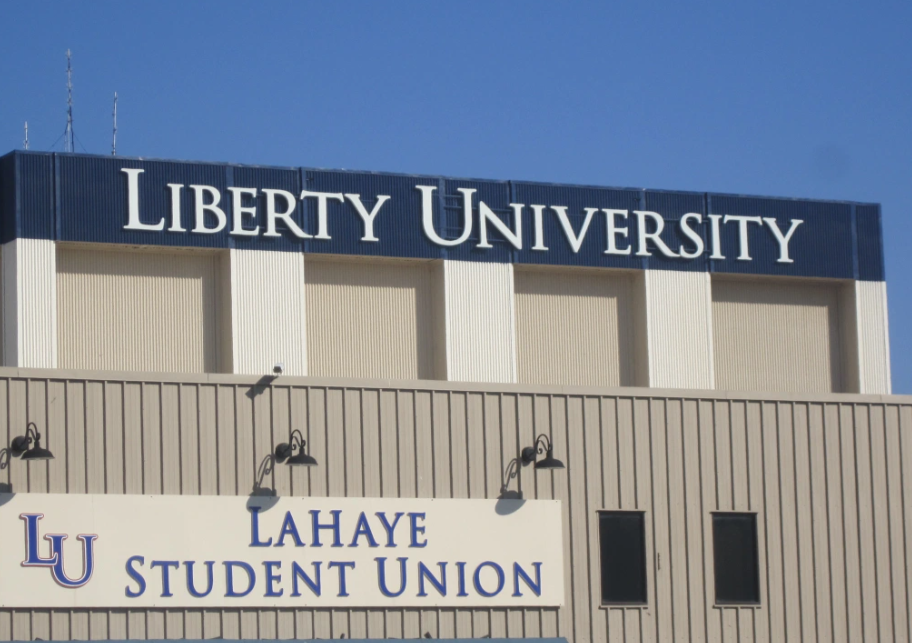 Recalling when the Liberty University Police issued an arrest warrant for a New York Times reporter because Jerry Falwell Jr didn’t like the story.

There is a disturbing story coming out of Liberty University and to be honest I am stunned that more media outlets are not covering it. How Liberty University Police treated an African-American man has led to an internal investigation. And the treatment of a man and allegedly kneeling on his neck is a disturbing reminder of Derek Chauvin of the Minneapolis Police Department. Let’s look at what happened.

ABC 13 in Lynchburg, Virginia is the source of this controversial arrest, which took place on July 26, 2021 in the late evening hours. Three Liberty police officers arrested Charles Miller on the parking lot at Candler’s Station. Candlers Station appears to be a former shopping center owned by Liberty. During the COVID-19 pandemic the city of Lynchburg entered into an agreement to do vaccinations at that location. Charles Miller’s son recorded the incident on his cell phone camera. You can watch the video on ABC 13 news site. In the video Miller is being asked for his identification. He refuses saying, “there is no crime.” Miller said that he was there to pick up his car and leave. He was accused of trespassing  and one of the officers stated that he is under arrest. Another voice states that “you guys are being detained.” A voice in the background asks, “you got your baton?” and “I really don’t want to break this window, but I will.“

Miller stated, “Alright, so, we came to grab our car. Hold on, nobody called it in. So, when you rolled up and we said we were grabbing our car – we’re not being detained so why do I need to show you my identification when I’m just grabbing my car?” An officer responds, “Because again, as the sign is posted right here, you’re here after hours. It doesn’t matter if you were here before or not. You’re here after hours.” Miller then exits the car and the Liberty officers state that he is under arrest. As Miller’s son gets out of the car, he sees Liberty police have Chris Miller on the ground. And like Derek Chauvin of Minneapolis Police, one of the officers places his knee on Miller’s neck. Miller’s son asks, “Hey can you get your knee off his neck before he’s the next George Floyd please?” The Liberty police officer then denies he has his knee on his neck.

ABC 13 asked the Liberty University Police Chief about the arrest and he wished it was handled differently. People are free to leave but if an officer has suspicion he can ask to see identification. Miller’s attorney states the following about the arrest. “There is no basis for the charge of trespass. Without a charge of trespass an officer has no right to put his hands on Mr. Miller,” Roberts said. Roberts continued, “The officers cannot find cover under Terry v Ohio under the facts of this case, even with their claim that there had been a rash of thefts of catalytic converters. First, there was nothing suspicious about 2 African Americans sitting in a truck in a heavily trafficked parking lot without more. Second, when they informed the officers they were there to pick up Mr. Miller’s car that was more than sufficient to dispel any claim of suspicion–Either Charles Miller would have the keys or he would not!” If you would like to read more go to, “Video: Liberty University officer’s knee near man’s neck leads to internal investigation.”

But the issues are not limited to race. Liberty’s Police have acted less like police and more like a totalitarian power movement on behalf of the Falwell family in the past. Recent commentary and stories suggest that the Liberty Police were allegedly used by Falwell to harass his opponents or to keep staff quiet who were upset. When Jerry Falwell Jr went after The New York Times and sued them for “trespassing” Liberty University Police issued the arrest warrant for the reporters. Could you imagine the police force of University of Maryland – College Park acting that way? What about Montana State University Police? University of California – Davis? And keep in mind Liberty University Police is named in the Title IX lawsuit for enabling sexual abuse at Liberty which you can read about in, “Liberty University is Hit With a Title IX Lawsuit for Enabling Sexual Abuse.”

According to ABC 13 Liberty University is doing an internal review. This blog rejects that action. That is the equivalent of the Fox guarding the hen house. Liberty needs to let an outside organization review the situation and look at the culture. This blog would recommend an organization like the NAACP to audit the arrest and look at the behavior. For me its alarming in light of all the police issues that have come up that a Liberty Police officer would allegedly put his knee on the neck. Another reality is that if Charles Miller was white, chances are Liberty would have told him to leave. Its a disturbing situation no matter how you look at it. But Liberty’s Police need to be reviewed by an outside source that can be objective and does not have links to this questionable university.