This blog is effective. I get feedback all the time. Recently I learned how Bethel’s Sean Feucht reacted to me on Twitter and blocked me in an aggressive manner. Sean Feucht is now the official snowflake of Bethel Church. That narcissistic ego is so fragile it can’t handle a Franklin Graham meme. This blog finds it ironic that the person who rants about cancel culture online then tries to cancel others. Either way this blog is going to be writing about Bethel long term.

“I grew up thinking I was going to change the world, but not because I was treated like a special snowflake. It’s a silly label. People are starving. We need to feed them. That’s the end of the conversation.”

but in your hearts honor Christ the Lord as holy, always being prepared to make a defense to anyone who asks you for a reason for the hope that is in you; yet do it with gentleness and respect, 16 having a good conscience, so that, when you are slandered, those who revile your good behavior in Christ may be put to shame. 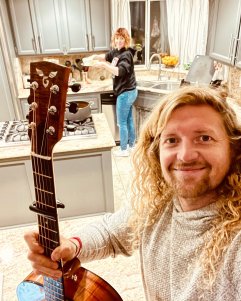 This blog had a situation the other day that stunned some of the Bethel Church watchers. It also showed in the view of this blog how Bethel’s Sean Feucht is nothing but a snowflake. Let me explain what happened and offer some commentary on it as well.

A Meme on Twitter and Getting Blocked by Sean Feucht

On April 22, 2021 Sean Feucht was talking about how Bible studies are the answer and needed to change our nation. After all the reality according to Sean is that all you need is a Bible study. You see for people like Sean its always about Jesus, and then you treat people like garbage or are very narcissistic. So after that Tweet I sent him the following meme.

And the response did not take too long. I was blocked. He acted super aggressively and you can see that below. 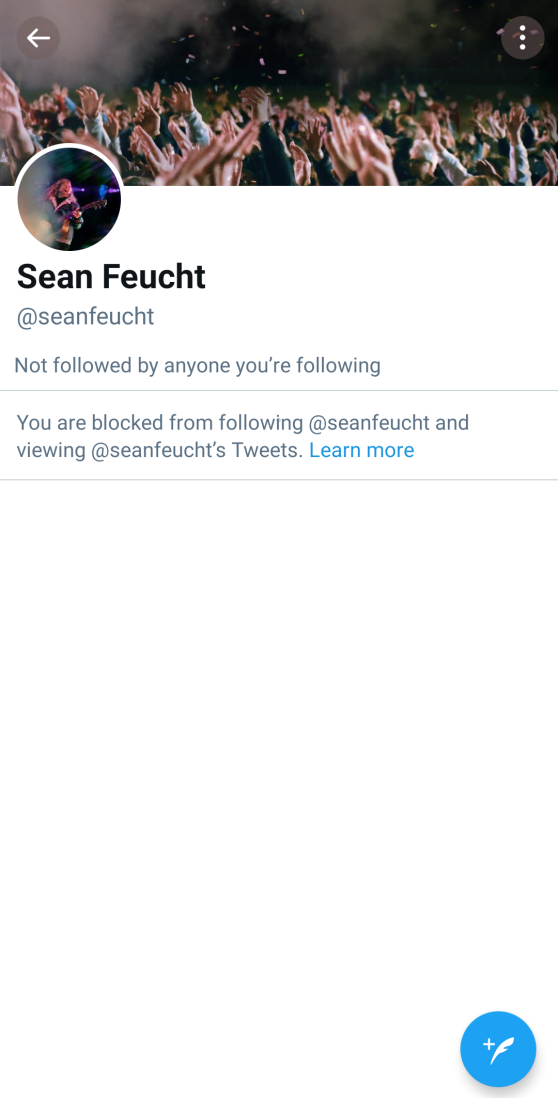 Cancel Culture and Sean Feucht’s Hypocrisy. In the End Feucht is a Narcissistic Snowflake

Those who watch Bethel Church told me that his actions toward me were super aggressive. It leaves me to ask one question in my mind. Has he seen my blog posts and are they getting under his skin? Maybe that is why he acted in such a way. In the end Sean Feucht reveals that he is a snowflake. A fragile ego who can’t process or take criticism. What a baby. Sean does what he does because he can’t hold down a job. He’s largely unemployable. Who would hire someone who can’t take feedback and acts in such a way? Sean Feucht in his behavior showed that he can’t engage people in a healthy way. But there is more that has to be said.

Sean through his Twitter accounts, social media, and stage performances talks about how evangelicals suffer, How they are targeted and how they are being persecuted. He whines about cancel culture all the time and screams about culture trying to cancel evangelicals. Then what does he do? He moves to cancel me – and my blog The Wondering Eagle. Really that is how you treat other people, is to cancel them? There is a major difference between being canceled and being held accountable. Part of the reason why Sean is unemployable is that he refuses to be held accountable to others. Could you imagine a performance review by a boss? Comments about his attitude and inability to take feedback. And then in addition maybe a comment about how he lacks a professional appearance. This blog is about holding Sean and Bethel accountable for their actions and behavior. They don’t have that as they live in a “yes world.” The reaction by Sean speaks volumes. It shows an emotionally fragile and frail narcissist who can’t handle criticism. The meme I sent made a point but it was also harmless. Unless you can’t handle opposing views which is what is happening here. This blog is not going to stop writing about Bethel. Instead it will continue and look for more opportunities. In closing I will leave you with something from the evil Disney corporation. After all when you talk about the family what is worse than bestiality which is what Beauty and the Beast is about for a culture warrior like Sean Feucht.

One thought on “#HoldTheLine Is Sean Feucht the Biggest Snowflake of Bethel Church? How the Ranter of Cancel Culture Blocked The Wondering Eagle on Twitter”