According to C on 64chan and 2567chan there is a pedophilia and cannibalism ring that is ongoing in Ken Peters Patriot Church Knoxville. Children are disappearing in the United States and ending up in a dungeon beneath Patriot Church Knoxville. In this church the men’s group chants to Stormy Daniels. There are also connections to Cobra with Ken Peters wife having a leather fetish after being inspired by the Baroness. Ken has a secret bank account in China which plays the missing link. C is committed to fighting the pedophilia and cannibalism ring with multiple arrests. The planned ending is Jerry Falwell Jr getting down on one knee in a jail cell and asking for Ken Peters hand in marriage. 😀

“Satire is traditionally the weapon of the powerless against the powerful.“ 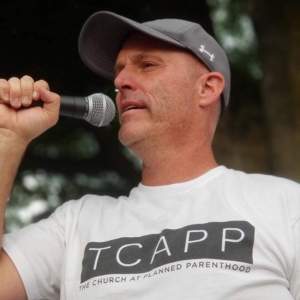 Could this be C? A member of the United States military intelligence community who has also penetrated Patriot Church Knoxville determined to fight the pedophilia ring that is ongoing in Ken Peters church?

Last night information emerged on 64chan which was confirmed again by C on 2567chan. Its regarding a deep state pedophile and cannibalistic ring that comes out of The Patriot Church Knoxville. Under the congregation is a room where children who are trafficked are hidden. Then in the evenings for dinner Ken Peter’s Church assembles to feast on the flesh of 5 year old kids. The favorite meal, according to C is eyeball delight. Its a delicacy!  C has ties to the United States military intelligence community and holds a C Level Security Clearance. This cannibalistic pedophile ring at The Patriot Church allegedly began five months ago. In deciding when to launch his trafficking movement Ken Peters noticed that Mars has been transmitting Jupiter for weeks. And on the day he launched the ring is the day of greatest conjuction between the two planets. This information is coming from C who is warning people not to bring their kids to Patriot Church Knoxville, otherwise they will end up in chains and be fattened for the slaughter. According to 15chan in Knoxville many parents in the city are having heart to heart talks with their young children. They are telling their children they will not attend Patriot Church Knoxville otherwise they will be eaten. Parents are also warning their children that if they see Ken Peters driving an ice cream truck in their neighborhood offering to give children free ice cream they should stay away from the pastor. Otherwise they will be kidnapped and find themselves chained in a room beneath the church being fattened and ready for the coming slaughter. According to C one child slipped out if the dungeon and escaped. When found this child had gained 50 lbs. and had a mental health breakdown. “Knives…knives!!!” They kept screaming knives and after a month the 5 year old talked about how when chained to a wall all they heard is knives being sharpened constantly day and night against a whetstone.

According to what is being shared on 64chan this information is also coming out. The men’s group gets together and watches Stormy Daniels videos. Stormy didn’t sin when she touched the penis of the one the Lord’s anointed to once lead the United States. The men’s group chants “Hail Stormy!! The Only One Worthy to Approach the Incarnated One!!” At a fellowship meeting after the men’s accountability group the males of the church drank the blood of children. This child trafficking network exists between Patriot Church Knoxville and Patriot Church Spokane and Patriot Church Lynchburg. But there is more according to C on 2567chan. Ken Peters likes to play weekend warrior with a militia. He does this thinking he looks like William Wallace.

Those that have seen him describe a guy who struggles with his masculinity. While thinking he’s William Wallace this blog read that others say he looks and acts more like Dark Helmet from Spaceballs.

But there is another dark aspect to this story. Ken Peters has the ability to transform into an animal. No…not a lizard but other animals. He has been seen slithering out of his bedroom window at night as a garter snake. He slithers around the neighborhood and its led some to wonder if Cobra has invaded the city on top of the pedophilia smuggling ring in the Patriot Church movement. Time to call GI Joe! (GO JOE!!!!) Ken Peters wife also has a Baroness costume hidden in their closet. That is Valencia Peters leather fetish. Valencia is torn between her husband and still has strong feelings for Destro.  When you hear Ken and Valencia talk about the “Patriot Squad” that is code for Cobra. Every time “Patriot Squad” is mentioned in Knoxville its time to call GI Joe!! But C is also reporting that Ken changes himself into other animals as well. He’s been caught changing into a Shar Pei, which is a dog breed that comes from China. Ken loves China and he does this because he has hidden off shore accounts and maintains contacts with the Chinese. The Chinese are the missing link between the Patriot Church movement pedophilia ring and Cobra. But Ken, as a Shar Pei always travels to the fire hydrant on Chapman Highway next to the Szechuan Garden Chinese Restaurant. His routine as explained by C is that he runs around the fire hydrant three times at 3:45 a.m. and then stops and lifts his leg to pee. Next he joyfully runs over the dumpster behind the Chinese restaurant to engage in dumpster diving and dining! Mmmmmmm tasty! Well he can’t eat kids every night you know? You have to ration the supply so as to not to give away the operation. But Ken loves the Chinese restaurant just as he loves all things China.

C is dedicated to foiling the evil plans of Ken Peters. C wants to see every child held against their will in the dungeon below Patriot Church Knoxville be liberated and allowed to go back to their family. There are about 1,000 families, YES you read that right, 1,000 families that have children who disappeared and are caught up in the pedophilia trafficking ring inside the Patriot Church movement. Ken’s days are numbered he and his congregation will be raided by the FBI on the dates of March 25, June 16, August 8 and September 28. FBI astrologers are consulting with planetary alignment in choosing those dates because Hale Bopp is also coming to orbit the earth again. Also when Patriot Church Knoxville is raided by the FBI Jerry Falwell Jr will also be caught up in the arrests. And given Jerry Falwell Jr’s fetishes with Becki Falwell lets just say that Ken Peters and Jerry Falwell Jr will make interesting bunk mates. After a couple of months in prison Jerry Falwell Jr is going to get down on his knee and propose to Ken Peters to enter into the holy covenant of marriage! When this happens Destro is going to make his move with Valencia. In the meantime C is telling people in Tennessee and the greater United States to protect their children from Ken Peters.

Now I write all this to tell you something. I don’t believe a word that is written above. This post is an exercise into the problems of disinformation and developing your critical thinking skills. This satire is inspired by the Babylon Bee. If you believe this, or other conspiracy theories like Q Anon then this blog can’t help you. But none of what I composed above is true and this blog made its point.

But in closing I will do something even better. I’m going to leave you with a song from one of the most evil movies that was ever made. It advocated for women in combat, transgenderism and gender confusion. Disney’s goal is to get the Peters family children to doubt their gender. That is why Mulan was released in 1998 to further persecute the pastors like Ken Peters who have suffered so much from the Disney agenda.

3 thoughts on “Ken Peters’ Patriot Church of Knoxville, Tennessee Has a Deep State Cannibal and Pedophile Ring That Has Weird Fetishes!!!”