Liberty University is having its first alumnus being seated in the 117th Congress. Bob Good will represent the 5th Congressional district in Virginia.  Good is known for his culture warrior beliefs. He is also an avid COVID-19 pandemic denier who attacks people for wearing masks and encourages others to reject them. Individuals like Bob Good highlight why Liberty University is toxic for Virginia.  In the end this blog really sees no difference between Liberty in Lynchburg and a radical Islamic madrassa on the Afghanistan/Pakistan border that trains suicide bombers. Both are about practicing jihad in their own way.

“This looks like a group of people that gets that this is a phony pandemic. It’s a serious virus, but it’s a virus. It’s not a pandemic.”

“It’s not just my alma mater where I obtained my degree. In many ways, it represents my Christian heritage, my foundation, and what I believe. It’s a connection much greater than just an academic degree.”

By their fruit you will recognize them. Do people pick grapes from thornbushes, or figs from thistles? 17 Likewise, every good tree bears good fruit, but a bad tree bears bad fruit. 18 A good tree cannot bear bad fruit, and a bad tree cannot bear good fruit. 19 Every tree that does not bear good fruit is cut down and thrown into the fire. 20 Thus, by their fruit you will recognize them. 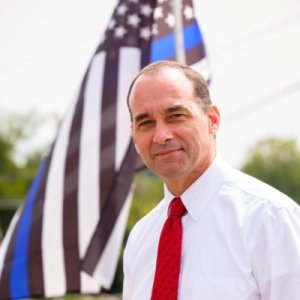 In writing this blog I spend a lot of time researching posts that I put together. Sometimes those posts trigger other posts. There have been times that a post is being composed and I discovered multiple other topics which need to be written about as well. This post came about after seeing the alumni news for Liberty University. And in just reading the regular news here in the Washington, D.C. area. This post is going to demonstrate why Liberty University is toxic for Virginia and how its existence causes great harm to the Commonwealth of Virginia. It also puts the COVID-19 pandemic in a more disturbing light. Last fall Liberty was touting that the school was on the verge of having its first alumnus being elected to Congress. That article is called, “Alumni Spotlight: Former Flames wrestler is first LU graduate to become nominee for U.S. Congressional seat.” But lets look at Bob Good first.

Who is Bob Good of Liberty University?

Bob Good was born in Pennsylvania, spent some time in New Jersey before moving to Lynchburg, Virginia. His Dad wanted to attend seminary at Liberty University. Bob basically grew up poor and looked up to Jerry Falwell Sr with kindness and warmth. Others provided the family with food and clothing. Falwell helped him and his brothers get a scholarship to nearby Liberty Christian Academy. It was there that he got into wrestling. Good then  to get a partial wrestling scholarship to Liberty University. He won 30 matches at Liberty’s wrestling program. His degree is a B.S. in finance and then he also picked up a Masters in business administration.

He married and had three children. He spent seventeen years working for Citi Financial and lived in Georgia, Tennessee and came back to central Virginia. Bob was political and is noted for turning the local Campbell County Board of Supervisors into a culture war platform to combat gays, the second amendment background checks and transgender issues. Running for the county Board of supervisors in 2016 is his first venture into politics. He also became the athletic director at Liberty in 2005. His technical position name was Senior Associate Athletics Director & Flames Club Executive Director at Liberty University. He stepped down so he could run for Congress. He was elected in November of 2020 and is the first member of Congress from Liberty University and in the process will represent the 5th Congressional District of Virginia. Bon describes himself as a born again evangelical and is very vocal about his faith.

I’m honored to be at Liberty University addressing faith coalition leaders at an event hosted by the Falkirk Center. I am so thankful for them for being on the front lines in the battle for Conservative values. pic.twitter.com/4qZcUoU1BW

The first Congressman from Liberty University has been busy. Shortly after getting elected he chose to attack the COVID-19 pandemic calling it phony and saying that face masks don’t work. He has attacked the pandemic and called it phony and spoken a few days ago in Washington, D.C. where he discouraged people from wearing face masks. In Freedom Plaza on December 14, Good stated that those who do not wear masks get it and are smarter than others. In not wearing face masks the Liberty alumnus called on people to resist tyranny. In other comments he called the pandemic a hoax and attacked social distancing and safety precautions. In covering the story with Bob Good The Washington Post reported that over 300 people have died of COVID-19 in his rural Congressional district.

Here is how the Huffpost described Good’s remarks at Freedom Plaza in Washington, D.C.

Looking out at the largely maskless throng of attendees at a pro-Trump rally in Washington, D.C., on Saturday, Republican Congressman-elect Bob Good dismissed the coronavirus pandemic as “phony” and lauded the crowd as “a group of people that gets it.”

“I can’t tell you how great it is to look out there and see your faces,” said Good, who won Virginia’s 5th Congressional District seat last month. “This looks like a group of people that gets it. This is a phony pandemic.”

“It’s a serious virus, but it’s a virus, it’s not a pandemic,” continued Good, who was wearing a Trump 2020 hat but no mask.

Good’s remarks come as the United States reports record-breaking COVID-19 cases, hospitalizations and deaths. On Wednesday, at least 3,124 people in the U.S. died from the coronavirus. It was the first time the daily death toll has surpassed 3,000.

Thousands of Trump supporters — including members of the far-right Proud Boys group — gathered in D.C. on Saturday to protest the outcome of the presidential election, which Trump and his followers have claimed, without a shred of evidence, was “rigged.”

Good was among a handful of public figures who showed up in person to the pro-Trump demonstrations to lend support. Others included Trump’s former national security adviser Michael Flynn, who was pardoned by the president last month after pleading guilty to lying to the FBI; conspiracy theorist Alex Jones; and MyPillow CEO and controversial Trump donor Mike Lindell.

Speaking to rally-goers at Freedom Plaza, Good praised the demonstrators for standing up “against tyranny.”

“It’s great to see your faces, you get it. You stand up against tyranny. Thank you for being here today, thank you for saying ‘no’ to the insanity,” he said.

If you would like to read more you can do so in the following posts.

Liberty University must be proud. Someone who rejects science. Someone who rejects common sense. Someone who has weaponized faith and is a COVID-19 pandemic denier. Jesus in Matthew 7:15-20 said that you will know his followers by his fruit. That’s why the stench of bullshit from Liberty that manifests itself in Bob Good has such a wonderful aroma. His faith has the beautiful smell of a used and full port-a-potty after a football game. The fact that Liberty is playing up such a person shows what both this “school” is about and the problems it has. Liberty has never been about education and enlightenment learning. Its about the weaponizing of faith. Just as you have radical Islamic madrassas who train Taliban suicide bombers on the Afghanistan and Pakistan border I would put Liberty in that same perspective. People like Bob Good are practicing Christian “Jihad.” Everyone is the enemy. You export hate and in the process you forget your roots.

Good in my research claimed that he was the byproduct of generosity and grace by others. So what will he most likely do is turn around and deny others what he himself had. That is stupid and forgetting your roots.  The least of these be damned, after all why care when the only issue is abortion and nothing more? And who needs to engage in facts when all you do is spit out conspiracy theories? In embracing Christian nationalism its also clear that Bob Good doesn’t believe in Jesus. He had put his foot of Jesus rear end and kicked him to the side of the road. Good’s Christian nationalism shows that he no longer believes in God. The “Great Commission” about making disciples has been abandoned and rejected by Bob Good. He now believes that government is the solution to spiritual problems. This is the the larger problem with Liberty University. Its not about faith but activism and culture wars. We saw what happened with Jerry Falwell Jr who was drunk while he watched Becki Falwell be mounted. Will we learn of other scandals form people with Liberty. This blog believes that will happen. And while I would prefer Good learn humility through admitting error and addressing problems, its highly unlikely that will happen. Evangelicals lack humility and grace.  People like Bon Good are toxic, and they also show why Liberty is harmful for Virginia.

Liberty has a toxic effect on churches here in the Commonwealth of Virginia. My last church had people from Liberty and even my Bible study leader. It was toxic and before becoming spiritually nothing. People from Liberty flood churches in Virginia and bring polarized and culture war views with them. Its similar in some ways to the Taliban movement of Afghanistan in wanting to conquer and convert people. Liberty’s effects on Virginia is very harmful. Its affects churches and local culture. I could never live near or around Lynchburg. Personally I wonder if the next Jonestown or David Koresh will take place there in Central Virginia. But here we are reflecting on Bob Good. His neglect about COVID-19 is going to make the pandemic worse. He’s not going to lead by example. Instead his actions are going to lead to the tragic and unnecessary deaths of Virginians. But as Jesus said you shall know them by their fruits. And the fruit from Good is rotten.

6 thoughts on “Bob Good, Denier of the COVID-19 Pandemic and Why Liberty University is Toxic for the Commonwealth of Virginia”