“There are some people so addicted to exaggeration that they can’t tell the truth without lying.“

All people are like grass, and all their glory is like the flowers of the field; the grass withers and the flowers fall, 25 but the word of the Lord endures forever. 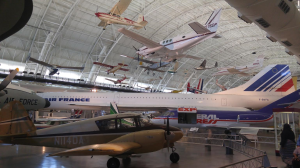 In this post I would like to focus on an aspect of Neo-Calvinism that I heard for years. I heard the claims when I was in Campus Crusade and I have heard them continuously going forward.

Is New England the Most Secular?

One consistent and repeated claim deals with how secular New England is but especially Boston, Massachusetts. When I was in Campus Crusade this was hammered often. The Gospel needs to be brought to the secular of Boston. In one Christmas Conference that I attended in Minneapolis we listened to the Boston Metro Crusade Director teach about the concentration of so many top notch schools in the Boston area and yet how secular and hostile it was to God.

Its with this in mind that I saw a post at The Gospel Coalition recently by Paul Buckley who is the director of The Gospel Coalition New England chapter. Paul Buckley also is the lead pastor at King of Grace Church in Haverfill, Massachusetts. Paul wrote an article called, “Gospel Growth in America’s Most Secular Place.” In that article Paul writes about the secularism of Boston and of greater New England. Paul who says he grew up in Boston never heard the Gospel growing up. Look at how he describes it:

“I continue to encounter so many people who don’t have knowledge of the gospel. I recently performed a funeral for my friend’s sister. It was heart-wrenching to hear her son try to say goodbye without real hope for the future. He likely has no exposure to a close friend or workmate who could love him, share Jesus, and show him what it looks like to trust and follow Christ.

This situation is multiplied by the millions here. Far too many of our friends, neighbors, family members, and coworkers are without Christ. With an evangelical population density comparable to an underreached foreign country such as Egypt, most New Englanders are unlikely to have regular contact with a Bible-believing Christian who can show them the way.“

He then explains how The Gospel Coalition is laboring to help pastors plant and work to evangelize. Here is another section of the article:

“Our chapter has supported the wonderful efforts of Small Town Summits, as they work on the mission in the many small towns of New England. We’re fostering local cohorts of pastors and leaders who encourage one another and share resources as they co-labor in a challenging harvest field. We’re building a communication network for church-planting and revitalization organizations in order to promote cooperation and maximize the efficiency and effectiveness of establishing gospel-centered churches in New England.”

But this blog would like to ask the question. Is the New England area and Boston the most secular part of the United States?

Lets compare some stats from Pew Research In the Boston metropolitan area there are 57% who are Christian. Nine percent are evangelical and 13% are mainline Protestant. 29% are Catholic. The nones or those who do not affiliate with any religion is 33%. So how does that number compare with other stats in the United States. For this post I will use San Francisco, California. According to Pew Research there are 48% who are Christian. That breaks down into ten percent being evangelical. And six percent being mainline Protestant. 25% are Catholic. Then when you look at the nones that number comes up to 35%.

So is Boston the most secular area of the United States? The facts say something different.

When it Comes to New England Neo-Calvinists Have Long Exaggerated

This blog would suggest that many Neo-Calvinists are fixated on New England and cities like Boston. They have long claimed that the area is secularized and the worst part of the United States when it comes to faith. But that is misleading and not true. People like Paul Buckley of The Gospel Coalition need to be challenged and called out when they make that claim. A simple play with Pew Research data showed me that one can make the case that San Francisco is more secularized. One of the issues with evangelicals is that many embrace and live in a world of alternative facts. They often make up their own facts, own claims, own numbers, and press forward in their own warped reality. Its how many operate and this becomes an Achilles heel for the movement. How can you engage or reach out to “the lost” if you don’t even know who you are dealing with and how they function? This is why this blog recommends articles like the one Paul Buckley wrote be ignored and downplayed.

5 thoughts on “Paul Buckley Writes About Growing the Gospel in New England. Is it the Most Secular Area in the United States as he Claims?”