Over at the website Republican Voters Against Trump a number of white evangelicals have recorded messages explaining why they are voting against Donald Trump. They represent some voters of faith in California, Georgia, South Dakota, Mississippi and Utah. This blog wants to document this and add it to the archive.

But don’t just listen to God’s word. You must do what it says. Otherwise, you are only fooling yourselves. 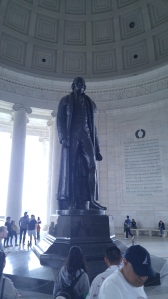 Republican Voters Against Trump is a project that has been started by former Republican strategist Sarah Longwell as well as Bill Kristol a columnist and former Republican staffer in the Reagan and Bush White House. Also involved are individuals who worked with former Florida Governor Jeb Bush. They have a feature on their website and social media that allows Republicans to record their messages as to why they are voting for Joe Biden this fall. In the last couple of weeks a number of evangelicals stepped forward to explain why in November of 2020 they are voting against Donald Trump.  Several also are baffled as to why evangelicals even support Donald Trump. You can watch their videos’ below.