The other night I was listening to YouTube and I watched a Bon Jovi performance on stage. It got me to ask the question how far was this concern performance from modern evangelical worship? The only thing that was missing is the smoke machine but otherwise it wasn’t far off from what I have experienced in past evangelical settings.

“God wants worshipers before workers; indeed the only acceptable workers are those who have learned the lost art of worship.“

Come, let us bow down in worship, let us kneel before the Lord our Maker; 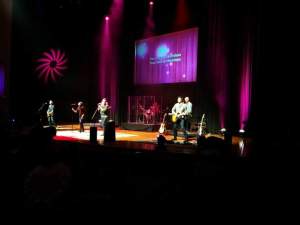 Picture I took of worship at Fairfax Community Church in the Washington, D.C. area in 2013

The other night I was plugging away and doing some research for a post. In the background I had YouTube playing at a low volume since it was late. As i was listening my ears picked up Bon Jovi song and I studied the video up above. A band singing on stage, drums and people doing their thing. And as I watched the video I had the thought…how far is this from modern evangelical worship? And I realized its not far.

Worship as a Performance

I have been to way to many worship services in my life. The same is true for retreats and conferences. Elegant electric equipment and microphones galore. For years I liked it but in time I began to realize that modern worship is basically an act.  And a piss poor one that is maybe C grade at most. You often have a bunch of people all around the ages of 20’s and 30’s usually. They have modern light shows  and people in denial trying to be hip. The worship leader jumping up and down pretending they are Jimi  Hendrix. They are often wearing leather form what I have seen and are attempting to live their high school dream from the talent show. And actually the only thing that is missing from that Bon Jovi video up above is the smoke machine which I have seen in some mega church worship services.

Much of evangelical worship is also manipulation of your emotions as well. You are singing, clapping and basically having a sexual orgasm to the music and your endorphins are going off in your band. I remember some worship nights in conferences or charismatic churches that were so emotional that people were crying on the ground. Forgive the analogy it was almost as if they had attempted to have sex with the music in that they were so emotional. It seems that some parts of evangelicalism play on your emotions. This is done when some churches are trying to get you to give up secular rocks or music in the same process. I heard stories of some evangelicals who had that born again experience and destroyed their Rolling Stones or Def Leopard albums and then would get caught up in sub par cheesy worship band music. Does that make sense? One of the topics that bothered me about evangelicalism at times as I reflect back on it is how it played with your emotions. In all likelihood you were in a vulnerable time in your life and then along you get sucked into an evangelical worship service that plays off your needs and fears. Is that how it should be done?

Why Go to a Worship Service When You Can See Bon Jovi or the Rolling Stones?

So here is what I do not understand. Many evangelical churches it seems try to copy the world and how they do things. I find this peculiar especially as some are teaching not to be like the world. That just comes across as problematic for me. But when you see what some evangelicals accept why do they accept the C grade subpar performance then the real thing? To quote from C.S. Lewis why make mud pies when you can play in a resort next to the ocean?  For years I was engrossed in evangelicalism and never saw these issues, whereas today I very much do. But when you look at the performance aspect that exists why settle for a church band when you can enjoy the likes of Rolling Stones, Bon Jovi, Green Day and so many other bands? Its like why eat junk food when you can have a feast and something far more healthy and nutritious? This is going to be brief but I needed to get this said. It popped up on me last night.

11 thoughts on “How Far is This Bon Jovi Stage Performance From Modern Evangelical Worship?”