McLean Bible Church ended up on a Southern Baptist Accountability website that monitors sexual abuse inside the Southern Baptist Convention. According to what this blog has learned the investigation into Scott Woods allegedly grooming a minor for planned sexual abuse should be completed in the near future. When that report is complete it should be made available to McLean Bible and everyone who attends. This blog wants to read and study it.  If the investigation is not completed then a number of individuals from David Platt to Larry Cooper and D.J. Corkey need to be added to the website for facilitating a cover-up.

“Let your clarity define you, in the end, we will only just remember how it feels.” 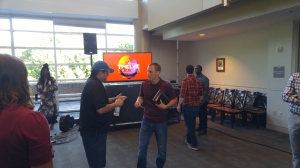 There is more news involving David Platt’s McLean Bible which needs to be covered. Its in relation to the Scott Woods situation which has hung over the church for the last couple of years. But let’s look at the Baptist Accountability website first.

What is Baptist Accountability?

Baptist Accountability is a website that has been started by Megan and Dominique Benninger in 2020. Megan and Dominique were involved in Oakwood Baptist Church in Camp Hill, Pennsylvania. Camp Hill is right outside Harrisburg, which is Pennsylvania’s capitol. They were involved in outing a Baptist pastor, Donald Foose,  who had a history of sexual abuse. Their story was told in USA Today. This blog actually encouraged people to read that story in, “USA Today Reports on a Dark Story That Highlights the Issue of Sexual Abuse at a Southern Baptist Church Outside Harrisburg, Pennsylvania.”

The newest addition to the Baptist Accountability website is that of Scott Woods. You can see the addition right here.  Scott Woods was a volunteer who allegedly was grooming teenagers in The Rock Ministries for planned sexual abuse at McLean Bible. He was meticulous and detailed in how he operated and McLean Bible badly mishandled the situation and didn’t contact the police immediately.  When one of the families contacted the police they learned that the statute of limitations had expired. As a lawyer Scott Woods knew how to manipulate the law to his advantage. The Fairfax County Police are aware of this situation. This blog which covers McLean Bible has been writing about this situation. If you want to read the story and see the accompanying documentation you can do so in the following stories.

This is the first time McLean Bible has landed up on a Baptist accountability website for mishandling a sexual abuse situation.  However,  this is the seventh time a Baptist predator in the Washington, D.C. metropolitan area has been included. Other people in the Washington, D.C. area who are also on that website include Douglas Myers, Josh McCready, Timothy Mann, Timothy Chun-Chuck Mann, Joe Ivey, and Jason Bolton.

In his November 24, 2019 sermon, David Platt promised an investigation into the Scott Woods situation. One problem that this blog sees is that when it has reviewed McLean Bible’s communications and even a couple of its messages to this topic; David Platt has not stated that Scott Woods is the offender in question. Why can’t Platt do that for McLean Bible? But the report that David Platt has promised has not been completed yet. No I know the last few months have been tumultuous between the COVID-19 pandemic and the George Floyd riots and unrest; but this blog would like to read a copy of this report and even publish it when its completed. This blog is also hoping that McLean Bible will make it available to all people who call it home and attend church.  Every person who attends McLean Bible and how has a child has the right to know that their church is safe for their child.

According to what this blog has heard, David Platt has promised that the report will be made available when its complete. However, if the investigation is not completed then this blog believes that the following individuals should be added to the Baptist Accountability website under the covered up category. These are the individuals who failed to respond properly to information that an adult volunteer preyed on a minor for planned sexual abuse.

Here is what is sad about that list. Dale Sutherland is a former police officer for Washington, D.C. What does that say when a police officer can’t take the right course of action? If that is how Sutherland behaved as a cop then the citizens of Washington, D.C. were not served properly by him. The other sad part is Larry Cooper and Tom McMahon. Both have claimed and talk about their military service. If the cover up of a sexual predator is how they function then they never should have served in the United States military. They lack the character to wear a military uniform.  This blog is going to continue to write about this situation. If any other families have been affected or there is any other child sex abuse situations at McLean Bible this blog will be happy to give them a platform for addressing the situation.

One thought on “McLean Bible Lands on Baptist Accountability for Allegedly Mishandling the Scott Woods Predatory Situation. Plus This Blog Wants to Read and Publish the Investigation David Platt Has Been Promising”