The Southern Baptists Executive Committee which is based in Nashville, Tennessee is forming a task force to investigate Russell Moore and the Ethics and Religious Liberty Commission. Jack Graham and other Trumpvangelicals are angry over what Russell Moore spoke and wrote about regarding then candidate Donald Trump. Meanwhile this action shows that the SBC is actually indifferent to child sex abuse. The executive committee chose to do nothing when it allegedly heard reports of sexual abuse.  This is another reason why the Southern Baptists will never rise above the corruption that consumes them.

“Our huffing and puffing to impress God, our scrambling for brownie points, our thrashing about trying to fix ourselves while hiding our pettiness and wallowing in guilt are nauseating to God and are a flat out denial of the gospel of grace.”

Do they not go astray who devise evil?
Those who devise good meet steadfast love and faithfulness. 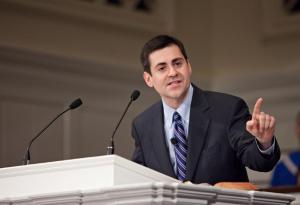 There is some disturbing news the other day involving Russell Moore of the Southern Baptist Convention. It deals with politics, President Trump and the growing rift between those who are Calvinistic in their faith and those who are the culture war evangelicals.

Who is the Southern Baptist Executive Committee?

According to the Executive Committee of the Southern Baptist Convention this is how it describes itself.

According to the website the Southern Baptist Executive Committee which is based in Nashville, Tennessee consists of the following individuals. Michael Stone who leads Emmanuel Baptist Church in Blackshear, Georgia is the president of the committee. The vice-chairman is Rolland Slade who is the senior pastor at Meridian Baptist Church in El Cajon, California. Joe Knott is the secretary of the committee. Joe practices law in Raleigh, North Carolina. The administrative commission chair is B Thomas Tucker III from Rock Hill, South Carolina. The business finance and committee chair is led by Stephen Goss who is a physician in Bentonville, Arkansas. And the last position on the committee is the cooperative program and committee chair. Hoyt Savage leads Foothills Southern Baptist Church in Las Vegas, Nevada.

It appears there is a plan by the executive committee to open up an investigation into the Ethics and Religious Liberty Commission as led by Russell Moore. The action is not for any new comments Moore made. Russell Moore has been silent about President Trump for the last three years in his official capacity. During the 2016 campaign Russell Moore spoke out against Trump and called him am “arrogant huckster” and as a Never Trumper did not commit to him in 2016 primaries. He wrote op-eds in the New York Times and Washington Post warning Christians about Trump.  He also contributed to the National Review’s Never Trump issue. Moore passionately argued that Christians should not embrace Trump because of his cruelty, sexual immorality and that he came to represent all that evangelicals criticized for years.  There was some controversy about Russell Moore in 2017 which this blog covered and wrote about. You can read that controversy in, “Why The Wondering Eagle is Supporting Russell Moore and his Criticism of Donald Trump and Calling on Him to Stand Strong; Plus Hemant Mehta Gets Involved” and “An Open Letter to Russell Moore.” As a Calvinist Moore has pushed back from the embrace of politics. I wrote about one of his views a while back which is quite different from the culture war evangelicals in the Southern Baptists. You can read that in,  “Russell Moore on How 2 Chronicles 7:14 Does Not Apply to United States Politics.” Because of his view Moore is admired by those in the Neo-Calvinist movement and those evangelicals who are younger who want faith to be divorced from politics. Traditional Baptists into the culture wars have contempt for Moore.

The Southern Baptist Convention has about 46,000 churches in the denomination. Of those around a hundred have stepped forward and raised concerns about Russell Moore. Jack Graham of Prestonwood Baptist in the Dallas, Texas area is a key player in this scheme. I will write more about him below. On February 18, 2020 the executive committee put together a task force to study the ERLC.  Here is how the Baptist Press described the situation.

The motion specifically noted that concerns “have been expressed both publicly and privately to various members of the Executive Committee and other Southern Baptists regarding how the Ethics & Religious Liberty Commission’s actions in relation to its ministry statements are affecting the Convention and its relationships with local churches, local associations, and state conventions.”

“We are looking for the facts,” said Executive Committee chairman Mike Stone, who will chair the task force. “We are hearing from state leadership and other pastors across the country. We are making a statement about effectiveness.”

This action creates “a formal process by which we can receive information and determine the level that this issue is affecting the Cooperative Program,” said Stone. “I’m fully aware that we may find, as we did in 2017, that what we are hearing is not as significant in fact as it is in perception. What we want to find is where the facts lead us.”

Mike Stone said that this is not an effort to remove Russell Moore from the ERLC. This blog finds that description to be very Orwellian. In contrast the ERLC executive committee has responded that it will not cooperate with this investigation. Here is how the letter ended. “All this being the case, we as members of the Executive Committee of the Ethics & Religious Liberty Commission consider it critical that messengers at the SBC Annual Meeting be given the opportunity to signal whether they agree with the Executive Committee’s action in the creation of this task force. Should messengers approve such a task force, we will be happy to entertain questions. Until then, we are instructing Dr. Moore and the ERLC not to comply with it until messengers have an opportunity to signal their belief that such a task force is appropriate and legitimate.”  You can read that statement here.  If you would like to read more about this you can do so in the following articles.

In this effort to lead the investigation of Russell Moore is Jack Graham. Graham who leads Prestonwood Baptist in Plano, Texas was once elected to lead the Southern Baptists in 2002.  Jack Graham like Robert Jeffress has been one of President Trump’s strongest defenders as a “Court Evangelical.” Graham had Prestonwood withhold support to the ERLC back in 2017 and eventually resumed, but now he is having it held again. Graham is angry that Moore had condemned and criticized candidate Trump in 2016. And for some reason he can’t let that go. According to the Baptist Press Graham said the following to the Religion News Service. “Graham said that the Executive Committee made the right move. He has long believed that Southern Baptists should ‘address the direction of the ERLC and the disposition of its leader, Russell Moore.Thereason the Executive Committee is taking this action is because of the chaos and the concerns that many feel as a result of the ERLC and its leadership.’

Response by Some Evangelicals to this Development

Several people have commented on Twitter about this development. You can see Beth Moore and Rachael Denhollander’s reaction to this development by the executive committee. Many younger evangelicals and Southern Baptists as well as those who are Calvinist reacted with disgust to this news.

The stuff I’ve seen happen in the last 3 years to godly people who had guts enough to go against the grain over personal convictions is no joke. The intimidation tactics, the twisting of facts, the smearing of reputations, the threats to jobs. This stuff’s real. 2 words: God sees

The @SBCExecComm voted to investigate… not sex abuse.

Not the Baptist Press, which defamed two sexual assault survivors and let two violent abusers remain in ministry by reporting an affair instead of abuse.

You know what else is unwarranted, divisive and disrespectful? The fact that the @SBCExecComm did this while refusing to investigate multiple actual defamatory actions by the @baptistpress, and refused to deal with all other churches reported to the committee for enabling abuse. https://t.co/7ZnSQLXyNK

Analysis of the Situation and What Happens When You Touch the Lord’s Anointed. Plus Don’t Forget the Hypocrisy of Prestonwood Baptist in Child Sex Abuse Cover-up

There are a number of things to say about this development against Russell Moore. I would propose that you are seeing a form of McCarthyism penetrate the Southern Baptists. What does that tell us about the Southern Baptists? For me it reveals that it is not a faith movement but instead a political one. The irony of this situation is that at one point the mark of the Christian is a belief in accepting Jesus Christ as your Lord and Savior. At least it used to be. That is what I was taught and once thought faith is about. However, these days it appears the mark of the true Christian is whether or not you have placed your faith in Donald Trump. Have you gone all in? Have you accepted him as your Lord and savior?  If not how does one know that they are saved? For many evangelicals faith is a means to power and control. I respect the Calvinists in this area because they just want to plant churches and proclaim the Gospel. Russell Moore I would propose has run into problems among the traditional Baptists who believe that faith must be married to politics.

But there is another issue that really stands out that Rachael Denhollander pointed out on Twitter that needs to be emphasized. For years Southern Baptists emphasized their own autonomy. Often the claim is that they could not do anything about abuse because each Baptist church is autonomous. Reports of abusive churches and issues came to the executive committee and they were allegedly ignored. Now here is a situation that actually tests that long held claim. Russell Moore spoke critically of Donald Trump when he was a candidate and that was brought to the committee and they formed a task force to investigate and eventually act. And keep in mind that this is coming from Jack Graham of Prestonwood Baptist which has a long history of covering up child sexual abuse. After all Prestonwood is the church that had the John Langworthy situation took place at and the one that got Amy Smith active in child sex abuse situations.

But yet the executive committee can’t investigate sexual abuse or deal with that subject? But touch or criticize the Lord’s anointed and then see what happens. This sad situation shows how corrupt the Southern Baptists are as a movement. It also explains why the convention has been so tolerant of sexual abuse for years. Quote simply it does not care. People like Jack Graham and Robert Jeffress have shown themselves for who they really are….frauds and hucksters. This blog respects Russell Moore and wishes evangelicalism can be a-political. This situation reveals as to how corrupt the Southern Baptists can be which is incredibly sad. Plus given the allegations of  Prestonwood’s history of covering up child sex abuse your child is not safe there either.

One thought on “The Southern Baptist Executive Committee Plans to Investigate Russell Moore for his Past Critical Comments of Then Candidate Donald Trump. Court Evangelical Jack Graham is Allegedly Leading this McCarthyist Action”