The CEO of Acts 29 was forced out as stories of spiritual abuse hemorrhaged from both The Crowded House and Acts 29 in Dallas, Texas. The story which was broken by Christianity Today once again shows the problems of the Acts 29 network and the problems Matt Chandler has in leading the Neo-Calvinist network.

“In the end, the aggressors always destroy themselves, making way for others who know how to cooperate and get along. Life is much less a competitive struggle for survival than a triumph of cooperation and creativity.“ 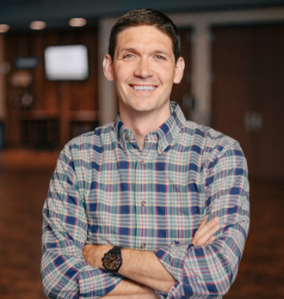 Steve Timmis on how to have a healthy church. This blog finds this expository talk to be ironic.

There is a disturbing story involving Acts 29 that is coming out of Great Britain that also deals with how Matt Chandler who pastors The Village Church in Texas and is the President of Acts 29 dealt with a dark situation. Before we get into what happened, let’s look at Steve Timmis first.

Who is Steve Timmis and What is Crowded House?

Steve Timmis was the CEO of the Acts 29 network who came from Great Britain. Steve’s legacy with Acts 29 is turning a local United States church planting network into a global organization. Acts 29 grew from 300 churches to over 800 globally when Steve Timmis was at the helm. This blog tried to find out more biographical information about Steve Timmis and what seminary he attended or the university he enrolled in. So this post will have that information absent. If someone does know can you email or comment below to help fill in the record? Steve co-directed the Porterbrook Network which trains and mentors church planters in the United Kingdom. Steve also led Acts 29 Europe before he became the Executive Director of Acts 29. He has published three books according to my research. Those three are, “Total Church: A Radical Reshaping around Gospel and Community” , “Everyday Church: Gospel Communities on Mission”  and “I Wish Jesus Hadn’t Said That: Finding Joy in the Inconvenience of Discipleship.”  Steve also co-founded The Crowded House and served as an elder for years. The Crowded House was known for building a network of small house churches in Great Britain. The Crowded House focuses on discipleship, community and mission.  Timmis was known for pushing a smaller church model that involved intense small groups known as “Gospel Communities.” Eventually Steve’s contacts through The Crowded House led to Acts 29. Acts 29 was seeking to break into Europe and Steve Timmis became the person to help solve this issue. According to my research the people who most influenced Timmis theologically are Luther, Calvin, Lord Radstock, the Moravians, the Anabaptists, Wesley, Carey, Spurgeon, Gladys Aylward and Aida Skripnikova. Steve is married and has a number of children and grandchildren.

Issues of Abuse and Manipulation Come Forward Regarding Steve Timmis

When Steve Timmis was an elder at The Crowded House problems developed. The allegations are that Timmis was controlling and domineering. The church became high stress and was described as “Gospel Gaslighting” according to Steve McAlpine an Australian pastor who helped create the model but saw how it can be abused. People in The Crowded House were questioned when they had family or other activities that took precedence over church. According to Christianity Today one couple was confronted for missing an impromptu barbecue to spend time with their family. People in the church were discouraged from doing other activities outside The Crowded House and college students were discouraged from returning home on summer breaks. Those that did were looked at as not being sincere Christians who were not dedicated to the church. When Timmis was confronted about his controlling behavior he refused to change course. In Christianity Today former Crowded House elders Rowan Patterson and Andy Stovell described how people lived in fear of Steve Timmis. Those who have left The Crowded House are called “refugees.” Because of the intensity of the Crowded House there is a high turnover rate.

When Steve Timmis became the Executive Director of Acts 29 some former individuals of The Crowded House as well as two former Acts 29 staff members raised concerns about Timmis’ abuse of power. Five staff members of Acts 29 in the Dallas, Texas area described in a letter to Matt Chandler that Steve Timmis was “bullying” , “lacking humility” , “developing a culture of fear”  and that Timmis was “overly controlling beyond the bounds of Acts 29.” According to Christianity Today the letter was 19 pages and filled with examples of the abuse of power. Matt Chandler’s response to the letter was to have all five fired and to have them sign non disclosure agreements to silence them. For those who looked up to Matt Chandler it was devastating. One of those fired told Christianity Today the following. “I trusted Matt to do what was right.I had full confidence that our concerns would be heard by him and that we could work towards resolution.” Matt Chandler saw it as a clash of leadership styles and not as a controlling personality who was engaged in spiritual abuse. Matt Chandler was aware that Timmis had a reputation of being a micro-manager.

Christianity Today Breaks the Scandal and the Acts 29 Network Responds

The situation with Steve Timmis simmered under the surface of Acts 29. It was Christianity Today, the flagship publication of evangelicalism that broke the story. On February 7, 2020 Kate Shellnutt wrote about the situation. Steve Timmis was forced out of the position of Acts 29 Executive Director. Acts 29 gave a statement to the Baptist Press. This is what the network said. “The Board of Acts 29 was made aware of some accusations of abusive leadership against our CEO Steve Timmis. The Board launched an investigation of these claims and found evidence that he should be transitioned out of the CEO role immediately.” Over at The Crowded House Steve Timmis resigned as an elder. The remaining elders of The Crowded House released a statement that is on their website. That statement says the following. “We write with a concern for the reputation of Christ and a desire to care for his people. Steve Timmis, the founder of The Crowded House, has been transitioned out of his role with Acts 29 following allegations about his leadership style. This was followed by an article in Christianity Today about his conduct in the church. On Friday 7th February Steve Timmis resigned as an elder of The Crowded House. We have valued his ministry among us and his role in founding the church. Many of us owe him a personal debt. We also feel the weight of the stories told in the article. It is therefore our intention to ask someone from outside our network to explore what has happened and make recommendations. It will be for that person to shape the process, but we want to listen to all concerned with humility. We are willing to hear where we may have failed people. We recognise the need to open ourselves up to external and impartial scrutiny.

If any of the former elders at The Crowded House want to publish their resignation letter they are welcome to do so here. If any of the staff from Acts 29 down in the Dallas, Texas area want to discuss their experiences with Steve Timmis they can do so here. This blog has written quite a bit about the issues with Acts 29 and you will find a safe place here to tell your story.

The Acts 29 Network is About Control and Preservation of Image

As this blog analyzes the situation the timing of all this is striking. Matt Chandler according to my research retaliated against former Acts 29 staff around the same time frame that his church attempted to practice church discipline on a female who annulled her marriage to a child pornography addict. You can read more about the story of Karen Hinkley in, “Has Matt Chandler’s The Village Church Recovered from the Karen Hinkley/Jordan Root Scandal?” The Acts 29 network is flawed and is built on poor DNA. Its roots in Mark Driscoll explain why these problems continue to happen. The Acts 29 network is about image and power. Preservation must be maintained and protected. That is why those who come forward are dealt with in spiritually abusive ways. They are the threat to the organization and not Steve Timmis. Within Acts 29 these abuse stories are common. They happen frequently.  I would direct you to a post that looked briefly at some of the Acts 29 stories this blog has written about. You can read more in, “The Acts 29 Network and Splinter Movements Such as the Sojourn Network Out of Louisville, Kentucky Are About Control.” My advice for those in Acts 29 is that it is time to leave the organization. This abuse is just going to continue and is to be expected in such a network.