Its hard to imagine the Lakers without Kobe Bryant. In the aftermath of this incredible tragedy there have been some interesting newspaper articles about Kobe Bryant’s Catholic faith. For those hurting by this tragedy this blog wants to extend sympathies to all affected by this overwhelming loss. You can’t replace a Kobe Bryant.

“Be sad. Be mad. Be frustrated. Scream. Cry. Sulk. When you wake  up you will think it was just a nightmare only to realize it’s all too real. You will be angry and wish for the day back, the game back, THAT play back. But reality gives nothing back and nor should you.”

“So I turned to consider wisdom and madness and folly; for what can the one do who comes after the king? Only what has already been done. 13 Then I saw that wisdom excels folly as light excels darkness.

14 The wise have eyes in their head, but fools walk in darkness.

Yet I perceived that the same fate befalls all of them. 15 Then I said to myself, “What happens to the fool will happen to me also; why then have I been so very wise?” And I said to myself that this also is vanity. 16 For there is no enduring remembrance of the wise or of fools, seeing that in the days to come all will have been long forgotten. How can the wise die just like fools? 17 So I hated life, because what is done under the sun was grievous to me; for all is vanity and a chasing after wind.[c]

18 I hated all my toil in which I had toiled under the sun, seeing that I must leave it to those who come after me 19 —and who knows whether they will be wise or foolish? Yet they will be master of all for which I toiled and used my wisdom under the sun. This also is vanity. 20 So I turned and gave my heart up to despair concerning all the toil of my labors under the sun, 21 because sometimes one who has toiled with wisdom and knowledge and skill must leave all to be enjoyed by another who did not toil for it. This also is vanity and a great evil. 22 What do mortals get from all the toil and strain with which they toil under the sun? 23 For all their days are full of pain, and their work is a vexation; even at night their minds do not rest. This also is vanity. 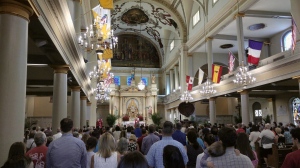 The death of Kobe Bryant has been quite a shock to process. I am not a huge basketball fan but I am a native Californian who knows what Kobe Bryant meant to the Los Angeles Lakers and Southern California. The enormous loss of Kobe Bryant can not be stated. A wife lost a husband. Daughters lost a father. There were other people who were killed on the helicopter crash. Then you also consider the loss to greater Los Angeles and even the youth in the inner city who looked up to Kobe Bryant. In my view he and Michael Jordan were the best basketball players in the history of the sport.  The more I learn about Kobe Bryant the deeper I respect him as a father, man, athlete and more. As time passes more comes out which stuns me. Yesterday in the New York Times they ran a story about the friendship Kobe Bryant had with his High School English teacher. Years later he kept in touch and still accepted guidance and was eager to learn. While I have read a number of jarring articles the one by the Los Angeles Times sports columnist was one of the rawest read that I have come across.

One of the aspects to Kobe Bryant that I did not know is his Catholic faith and what it meant to him. The darkest time in his life was when he was accused of rape. At the time he didn’t realize that the sex was fully consensual and later admitted that he was wrong. He shared this in a GQ magazine article. His humility and talking about a mistake is to be commended. As the story has gone forward there have been several articles about his Catholic faith that I wanted to recommend for people to read.  You can read a Jesuit perspective on Kobe here.  You can read another take at CNN here and CBS here. One day there will be quite a Dream Team in heaven. Larry Bird, Michael Jordan, Magic Johnson, Kobe Bryant and more will all be together again. For those who feel devastated my condolences for those affected by this profound loss.