The Harvest Bible Chapel is much more than James MacDonald. And while James MacDonald is an issue this blog wants to point out that there are so many other components to the Harvest scandal. From mid-level church management the “Greg Bradshaws” of Harvest, to connections at Moody. This blog is hoping that others , while they talk about James MacDonald, will also spend more time resolving these other issues.

“Every problem has in it the seeds of its own solution. If you don’t have any problems, you don’t get any seeds.”

Give praise to the Lord, proclaim his name; make known among the nations what he has done. 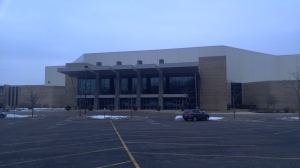 The problem of Tim Tebow speaking at Elgin helps illustrate the problems of corruption and the threat Harvest poses to the Chicago community.

On November 13, 2019 at Harvest Bible Chapel well known former college and professional football player Tim Tebow spoke at Harvest Elgin. The Harvest Bible Chapel scandal has dealt with a lot of stories of spiritual and even some allegations of sexual abuse. But in addition to those who were caught up in the quagmire there are so many additional reasons why it needs to be reported and covered. In putting together this post this blog found three more reasons – three students in the Elgin, Illinois area – Fernando Calahorrano, Chris Hankins, and Jordan Haigh. Watch the video above and listen to their impressions of Harvest Bible Chapel and also the fact that Tim Tebow came and spoke.  What struck me is three individuals who are young and impressionable. Harvest is working at bringing people like them into the fold and this blog finds that to be especially dangerous.

The Harvest Bible Chapel scandal is much more than James MacDonald. James deserves to be written about and its important, but to be honest I also think some parts of the Harvest crowd have forgotten the many other components of the scandal. Ryan Mahoney and Scot Bryant did a good job at The Elephant’s Debt. However, I also have to say that they barely scratched the surface and that there is much more to the Harvest scandal. This blog would propose that the Harvest Bible Chapel scandal is deeper, far reaching and has many more complications. Let me illustrate this issue with a point. The primary denomination this blog writes about is the Evangelical Free Church of America (EFCA). As I research and write about the EFCA I learn and see quite a bit that can be revealing. One issue that I have stumbled into is my disappointment and shock that many EFCA churches use Harvest Bible Chapel material in their churches.   For example you can see how an EFCA Pastor, John Welborne uses James MacDonald in his notes and promotes him to the congregation of Salem Church in Staten Island, New York. You can read more in, “A Visit to the EFCA’s Salem Church in Staten Island, New York and Some Feedback.” And shortly after that in discussing the EFCA with another person who told me that his church was recently using James MacDonald’s Act Like Men in the Men’s Bible Study. This blog was troubled to hear that information.

This is a post that has been on my mind for a while that I have wanted to put down in this blog. There is a lot that needs to be written about with James MacDonald but there is so much more than needs to be looked at. Below are the other topics that need to be addressed over the course of time.

This is a Long Term Problem With No Easy Answers

This is going to be a long term problem that is not going away. As I look at my workload and plans and projects that exist, the Harvest Bible Chapel situation will be on my plate for a considerable amount of time. One cannot write about Harvest and then suddenly walk away when it is done. These problems are deep and will take some work to resolve. I state this to let people know that if there are other developments over the course of time this blog will be happy to look at it and report on the problem. But to wrap this post up another high priority should keep impressionable, young and those not aware of the cult like history of Harvest Bible Chapel away from the organization. That includes people like Fernando Calahorrano, Chris Hankins, and Jordan Haigh.