The Western District of the EFCA is supporting a new Acts 29 plant in NE San Francisco. Called The Porch this church is led by Jon Brackett. This blog is disappointed that the EFCA will continue to plant Acts 29 churches especially in light of the problems that came from Mars Hill, The Village Church which had massive problems with spiritual abuse. This blog is writing more about problems with Acts 29 in the EFCA. Does the EFCA take spiritual abuse seriously?

“It makes my heart sick when I remember all the good words and the broken promises.”

“I’d rather have a broken arm than a broken heart.”

“All people are like grass,
and all their glory is like the flowers of the field;
the grass withers and the flowers fall,
25 but the word of the Lord endures forever.” 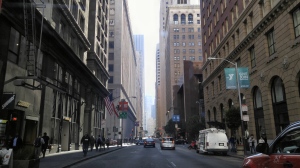 The financial district of San Francisco

The Porch in San Francisco.

The Western District as led by Neal Brower just allocated $10,000 for a new Acts 29 church in San Francisco.  The money came from the Western District board. This is quite disturbing because Acts 29 churches are long known for their spiritual abuse, manipulation, control and more. This blog regularly has people approach it about Acts 29 and issues internal.

The Challenges of San Francisco

San Francisco took off in the California Gold Rush. California became a state in 1850 and when the Civil War waged in the East from 1861 to 1865, it was the gold from California that helped finance the north in the Civil War. San Francisco has a rich history as a city. From the Panama-Pacific International Exposition in 1915 to the city being the source of counter cultural in Haight-Asbury in the 1960’s and 70’s. San Francisco was hit hard bu the AIDS crisis in the 1980’s do to the large gay population that called the Bay Area home. With the Tech boom San Francisco and the nearby area has become home for companies like Twitter, Google, Facebook and SalesForce. The city has become incredibly expensive and while there was a bubble in 2001 that burst it appears as if San Francisco housing crisis is here to stay, and the city deals with a massive homeless problem. Those who own homes in the city have actually had homes be passed down within a family. Houses and condos in the bay area can start out at $1.5 million. It has created problems of living for teachers, medical professionals, and city servants. The city is experiencing a gentrification which is a major issue. You can watch a couple of videos about the housing crisis here and here.

Jon Brackett according to my research hails from San Francisco. In the biographies I have read he states that he never left the city. So if I am going to take an educated guess I will state that he attended Golden Gate Seminary which is nearby. Jon’s wife is from Daly City. When I study Jon’s social media I have learned that he likes John MacArthur, Tim Challies, T4G, John Piper, Al Mohler, Trevin Wax, Kevin DeYoung. Thom Rainer, Tim Keller, Ed Stetzer, Ravi Zecharious and Mark Driscoll. The $20,000 dollar question this blog has is if Jon Brackett believes that women are penis homes like Mark Driscoll taught in Seattle.

The Porch is focused on NE San Francisco. It is designed to serve the neighborhoods of Nob Hill, Russian Hill, Chinatown and Telegraph Hill. The first phase of planting this began in 2016 when it began. It was during that time it appears that it became a part of the Western District of the EFCA. It also was assessed to be an Acts 29 church as well. The next phase was in the summer of 2018 and lasted until the spring of 2019. This time consists of recruiting, team meetings and more. The final stage is what the Porch is going through currently. During this time they are looking for a space to meet launch Sunday services and give 10% away to another Acts 29 launch. You can read more about the launch of The Porch in the following document. PSF+Partnering+Proposal

The District Board of the Western District of the EFCA approved $10,000 for this church plant. Recently the The Porch received a donation of $30,000 from Transforming the Bay Area with Christ. The Porch needs to raise $30,000 to match that gift by December. It appears as if San Francisco Evangelical Free which is mainly Cantonese but does have an English service is going to encourage their English speakers to get involved in The Porch. San Francisco Evangelical Free will help in the church plant. As The Porch narrows down a meeting location at the American Legion Hall on Powell.

The Acts 29 movement is known for their abuse and that abuse problem which stems from a faulty DNA of Mark Driscoll is still present. One of the stated objectives of The Wondering Eagle is to drive a wedge between the EFCA and Acts 29. Acts 29 should be regarded as being a cult or cult-like. This blog regular receives emails from people who shares their stories and problems in Acts 29 churches. The problems stem back to Mark Driscoll and the late Mars Hill church. The culture is warped authorterian, controlling and obsessed with church discipline. Its also boastful of a man mounting his wife and conquering her in the bedroom. Mark Driscoll at a church in Edinburgh, Scotland once gave a talk in which he shared about how a blow job brought someone to Jesus. According to the sermon Mark Driscoll told a woman that she was to repent for now giving her husband a blow job and she was to get on her knees and service him. You can read more about this and listen to the actual sermon in, “Reflecting on a Controversial Mark Driscoll Sermon About how a Repentant Woman Gets on Her Knees and Performs Oral Sex.” Mark Driscoll also taught that women are penis homes which created a stir in the media. You can read the New York Daily News reporting on that teaching here.

Even when Acts 29 transferred down to Dallas and fell under the care of Matt Chandler problems continued. In 2015 a women who annulled her marriage to her husband who was addicted to child pornography faced church discipline. The Village Church chased this female, Karen Hinkley from Texas to North Carolina in an attempted to assert control over here. You can read more about this in “Has Matt Chandler’s The Village Church Recovered from the Karen Hinkley/Jordan Root Scandal?” Recently The New York Times broke a major story about The Village Church badly mishandling a child sex abuse situation. It became a $1 million dollar lawsuit against The Village Church. You can read about those issues in, “A Disturbing Story of Alleged Sexual Abuse in The Village Church Involving Former Associate Children’s Minister Matt Tonne. Plus how Matt Chandler Responded to Christi Bragg“, “What are the Take Aways From the Newest Scandal at Matt Chandler’s The Village Church Involving the Allegation of Matt Tonne’s Sexual Abuse of a Minor?” and “Christi Bragg Sues Matt Chandler’s The Village Church for $1 Million in Damages Related to Child Sex Abuse.” This blog has regularly written about problems in other EFCA/Acts 29 churches. Read about Trinity City Church Acts 29 plant in Minneapolis which this blog covered. Then you also have Bill Riedel’s Redemption Hill here in Washington, D.C. or Riverside Community Church in Columbia, South Carolina. The EFCA had no problem working with a ministry that had ties to a pastor who covered up a child pornography scandal in Memphis, Tennessee in the first situation. Hard core complementarianism problems spilled out on Google reviews in the second situation. And finally at Riverside the church violated counseling laws and the EFCA SE District Superintendent went against the counseling profession to protect the church. You can read about all those situations in the blog’s directory.

This blog is disappointed that the Western District is getting behind this project. Neal Brower’s support for The Porch is confirmation of what Mark Noll wrote about the scandal of the evangelical mind. The EFCA appears to be indifferent to spiritual abuse, sexual abuse and more. When these problems start to duplicate themselves in The Porch will the Western District work to resolve it? No the EFCA will stress that it follows the congregational model and that its hands are tied and can’t do anything. The EFCA has no problem with planting churches but it looks the other way if problems develop. This blog is interested in writing about problems in The Porch. Former members are free to tell their stories at The Wondering Eagle. This blog will write about The Porch again.