In the National Catholic Reporter Michael Sean Winters writes a column that warns of schism in the Catholic church. The proliferation of the far right , focused on the culture wars and alternative websites are a deep source for concern. The columnist is hoping that Catholic Bishops will scrap their agenda and address these issues.

“Abuse of words has been the great instrument of sophistry and chicanery, of party, faction, and division of society.”

Then he came to the disciples and said to them, “Are you still sleeping and taking your rest? See, the hour is at hand, and the Son of Man is betrayed into the hands of sinners. 46 Get up, let us be going. See, my betrayer is at hand.” 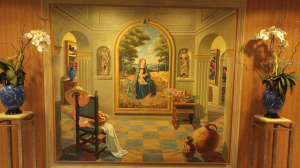 The other day I read something in the National Catholic Reporter which was deeply troubling. Its from Michael Sean Winters and deals with his warnings about far right conservatives working to cause a schism in the Catholic church. A new website popped up that allows for Catholics to “report” un-orthodox clergy.  His hope is that United States Catholic Bishops will scrap their agenda and deal with these emerging issues and the concerns that far right websites pose. You can read his column in, “US bishops should drop everything and focus on preventing schism.”

The Proliferation of Fake News and Alternative Websites

This blog writes about issues in religion with a heavy heart at times. I have no problem exposing corruption or writing about difficult issues. Likewise it wants many atheists and secular humanists to be understood and not misinterpreted. Honestly when I write about the Evangelical Free Church of America (EFCA) Acts 29 and others I can understand why those organizations would be concerned. The proliferation of fake news websites – some by fringe sources who are coming out of Russia or Eastern Europe troubles me deeply. I see some dark stuff when I research. The goal of this blog is to increase communication and discuss difficult issues. Its not about stirring conflict for the sake of conflict. And to be honest I do feel the stress to be honest and careful in some of what I say.  In regards to Catholicism this blog has noticed the far right launching a number of websites or communication streams that creates its own bubble. The Wondering Eagle has written about EWTN, and Church Militant. It is this blog’s desire that those posts can allow for pushback on those fringe culture war websites. But fake news websites threaten the legitimacy of blogs like this and others. How? They can poison the well where the entire concept of faces or truth is lost. And I am not talking about truth in a religious context. I am raising it in the perspective of the discussion of facts. If you would like to read more about this you can do so in, “How Pizzagate and Fake News Threaten the Legitimacy of Religious Blogs” , “How Populism is a Threat to Roman Catholicism” , “Mother Angelica, The Catholic Culture Wars as Waged by Traditionalists and an Expose by National Catholic Reporter on EWTN” and “A Look at the Alt-Right Movement Targeting the Roman Catholic Church. Michael Voris and Church Militant.”