“Anger is one letter short of danger.”

I love the Lord, for he heard my voice;
he heard my cry for mercy.
2 Because he turned his ear to me,
I will call on him as long as I live. 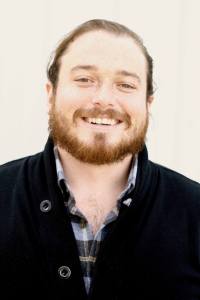 This blog is deeply interested in researching and writing about the Sojourn Network that is from Louisville, Kentucky. Sojourn as I understand it has close ties to Southern Baptist Theological; Seminary. The Wondering Eagle wants to be the blog that breaks stories about cultural issues, Neo-Calvinist abuse or doctrine or more from this network. In some of these church networks when scandal or problems develop the organization develops an organizational case of dementia. People “forget” and organizations chose to not do discuss the issues at play. This blog is going to preserve one document from the Sojourn Network, but before I get into that, let’s look at some of the writers.

Daniel Montgomery planted Sojourn Community Church in Louisville. You can read more about Daniel Montgomery in, “An Overview of the Sojourn Network out of Louisville, Kentucky.” Jonah Sage is an influential person in the Sojourn Network. Jonah attended Miami University in Ohio and then attended Southern Baptist Theological Seminary where he picked up a Masters of Divinity in 2012. He then went on staff at Sojourn Community Church and today leads New Albany. Jonah Sage is a contributor to “Am I Called.” And he contributed to, ” PROOF Pirates: Finding the Treasure of God’s Amazing Grace Family Devotional.”

Dr. Gregg Allison is the lead pastor at Sojourn Church East and a professor at Southern Baptist Theological Seminary where he teaches Christian Theology. Gregg attended college at Northern Illinois University and then went to Trinity Evangelical Divinity School to pick up his PhD. Allison spent about 18 years with Campus Crusade for Christ. You can listen to his thought on the para church here. He has published articles at The Gospel Coalition, Desiring God and Ligonier Ministries and was on The Resurgence which was affiliated with Mark Driscoll and Mars Hill Seattle. Gregg Allison has published quite a few books which includes, “Historical Theology: An Introduction to Christian Doctrine” , “50 Core Truths of the Christian Faith: A Guide to Understanding and Teaching Theology” , “Sojourners and Strangers: The Doctrine of the Church” , “Raising the Dust: “How-To” Equip Deacons to Serve the Church” , “The Baker Compact Dictionary of Theological Terms” , “MultiChurch: Exploring the Future of Multisite” , “Roman Catholic Theology and Practice: An Evangelical Assessment” , “The Unfinished Reformation: What Unites and Divides Catholics and Protestants After 500 Years”  and “Building on the Foundations of Evangelical Theology: Essays in Honor of John S. Feinberg.” He has also contributed to “Theistic Evolution: A Scientific, Philosophical, and Theological Critique.”

Then there is Dr. Jonathan Pennington teaches New Testament Interpretation and is the Director of Research Doctoral Studies at the Southern Baptist Theological Seminary in Louisville. He is also on the preaching staff at Sojourn East. Jonathan went to Northern Illinois University for undergrad and attended Trinity Evangelical Divinity School where he obtained a Masters of Divinity. He then earned his PhD at the University of St. Andrews of Scotland. He has published a number of books to include “The Sermon on the Mount and Human Flourishing: A Theological Commentary” , “Reading the Gospels Wisely: A Narrative and Theological Introduction” , “Old Testament Hebrew Vocabulary: Learn on the Go” , “New Testament Greek Vocabulary: Learn on the Go” , ” Heaven and Earth in the Gospel of Matthew” and “Readings in the Greek New Testament“

The Wondering Eagle obtained the North Star Theological Vision recently. This document was written by Jonah Sage, Dr. Jonathan Pennington, Dr. Gregg Allison and Daniel Montgomery. I spent some time over the past few days skimming the North Star Theological Vision. It appears to be a roadmap for the Sojourn Network. The document deals with vision and theology, The Gospel and the church and the world, this section was written by Jonah Sage. The bulk of the document was written by Jonathan Pemmington and Gregg Allison. This blog believes that this document which came into being when Daniel Montgomery led Sojourn. As documents are disappearing this one deserves to be preserved. You can access the document below.

The Sojourn Network was cut off the Acts 29 network when it was headquartered at Mark Driscoll’s Mars Hill in Seattle. This blog has deep concerns about the health of the organization. After all I know quite a bit about the pastor of the Sojourn Church in the Washington, D.C. suburb of Fairfax, Virginia. At McLean Bible years ago Justin Pearson was very authorterian and even yelled inside a church when I once raised issues. Mark Driscoll was known for anger issues and his teaching that women are penis homes and how a repentant women gets down on her knees and performs a blow job on her husband. It was a warped theology system. You can listen to that sermon in, “Reflecting on a Controversial Mark Driscoll Sermon About how a Repentant Woman Gets on Her Knees and Performs Oral Sex.” Now Mark Driscoll had anger issues, after all Joanna Petry wrote about how she was convinced that Mark Driscoll could have murdered her husband. This blog has heard that Daniel Montgomery also had anger issues and that Jonah Sage was part of a team that was intervening in that situation. In light of how Daniel Montgomery left Sojourn this blog is deeply interested in any stories that exist at Jonah Sage’s New Albany. Did Jonah threaten other people with inappropriate church discipline? Did he intervene in other people’s lives? This question exists for other Sojourn Churches as well. So if you were involved in this network then please contact me and let’s talk. My email is wonderingeagle261@gmail.com