The New York Times is changing the discussion on slavery in the United States with their 1619 Project. This academic project is looking at the history of slavery and how it influenced society and the country.  Southern Baptist President J.D. Greear Tweeted about the 1619 Project and took a lot of heat from Baptists and white evangelicals. Its this blog’s hope that the Southern Baptists search their own soul in regards to slavery and racism and finally address the topic. Its time…May of 1845 needs to be remembered as much as August of 1619.

“Those who deny freedom to others, deserve it not for themselves .”

“Slavery is theft — theft of a life, theft of work, theft of any property or produce, theft even of the children a slave might have borne.”

When I said, “My foot is slipping,”
your unfailing love, Lord, supported me.
When anxiety was great within me,
your consolation brought me joy. 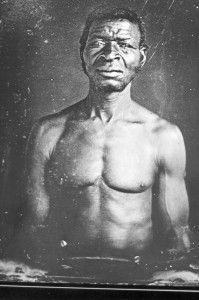 In August of 2019 many are remembering how slavery came to the United States. I wasn’t planning on writing about this topic but when I saw the reaction by many Southern Baptists to J.D. Greer on Twitter I reconsidered and decided to do this post.

In August of 2019 the New York Times started to release what has become known as the 1619 Project. It is a look at slavery from a cultural and academic perspective and how the slavery came to the United States at Jamestown, Virginia. The newspaper has a panel of historians that fact check and are leading the discussion. The Smithsonian Institution has also encouraged and support the 1619 Project. The original idea came from Hannah Jones The hope is that this will change the discussion on slavery. The roots of slavery are from 1619 and not 1776. Slavery and the United States grew up hand in hand. The legacy of slavery much like the Civil War or other events are still around today. If you would like to read more you can do so in the following articles.

My Personal Thoughts on Slavery

This is a project that is good for the soul. A frank discussion on slavery and the legacy it has left is very much needed in the United States today. Is it easy, no…is it necessary…yes. When I was in grad school I was in a graduate level writing class and the professor I had was known for his love to Thomas Jefferson. He talked about the importance of letting history be interpreted. For example he talked about the struggle he had in not only accepting that Thomas Jefferson – the writer of the Declaration of Independence – owned slaves. But he also talked about wrestling with the idea that Jefferson fathered multiple children through a slave. Historical revisionism is good and important. Let me illustrate this with another subject.

Our understanding on certain events in the Cold War is based on documents that historians can access in the national archives, university libraries, Presidential libraries, achieves of the United States allies (i.e. Canada, Great Britain, Germany, etc…) But the topic is always open to reinterpretation. Can you imagine how many events in the Cold War, from the Hungarian uprising in 1956, Berlin airlift, Warsaw Pact military operations, relationship between Romania and Soviet Union, etc… would be changed if historians had full access to the archives of the former Soviet Union? It would be a major opportunity if it could be done. And that is why revisionism is so crucial. New documents and interpretation of slavery is good.

Now before I continue let also say that history is a messy process. Working with primary sources can be hard and sometimes information can conflict. But I also understand that the Cherokee Indians in the Trail of Tears were slave holders as well. In addition other Indians were encouraged to own slaves. Plus there was also conflict with the Indian tribes, for example, the Anishnabe had challenges with the Lakota. And yes I am aware that in Mexico the Aztecs practiced human sacrifice. So why am I saying all this, well first I want to acknowledge that history is messy. But also this blog wants to discourage “whataboutism” with people avoiding the slavery issue. Even if Indians owned slaves or the Aztecs committed acts of atrocities, that should not stop a soul searching on why slaves were brought here and the introduction of that brutal practice.  So if you comment below then please stick tp he 1619 Project.

The other day on twitter the President of Southern Baptist Convention, J.D. Greear Tweeted on the 1619 Project. He sent out three Tweets which you can see below. What I was not prepared to see is how some Southern Baptists and white evangelicals responded to this situation.

In late August 1619, a Dutch ship carrying "20 and odd" captive Africans landed at Point Comfort, VA. They were the first slaves on our continent. North American slavery lasted 246 years.
1/3

To put that in context, the United States itself is only 243 years old.
2/3

If the church is to change our nation's story for the future, we must begin by knowing and owning the story of our past. This August, we pause to remember.
3/3

I will let you read the Tweets in person. I included many of them in this post. When I saw these Tweets I was deeply troubled. This reaction by some Southern Baptists and white evangelicals is what changed my writing schedule to look at this topic. Many of the Tweets below are hard to process and comprehend. And yet they speak volumes and it leads me to a suggestion for the Southern Baptist Convention.

This is wholly incorrect and could be interpreted as intellectually dishonest. Native Americans had African slaves long before any white settlers did. See Eugene Genovese and Orlando Patterson. I appreciate your passion, but passion without accuracy is toothless and wrong.

Jesus forgave me for something I had no part of a long time ago. What are you doing to eradicate slavery that still exist in other parts of the world. Jesus loves you.

No matter how hard you attempt, I will not be "white guilted".

Anyone who knows anything about Native Americans knows that they kept slaves from rival tribes for years before any Europeans made it to our continent. Quit spouting leftist lies. It makes you look uninformed and bigoted.

Slavery on the North American continent ended precisely because the USA existed. Literally, almost within a century of the nation's existence, slavery was abolished. Which other nation did that?

So at summit, instead of preaching Jesus y’all gonna focus on slavery all of August? Son please. Preach The Word. #getoverit

You are one sick, disgruntled, disruptive, instigating, race-baiting, discouraging man. Those are not the traits of a godly man. You should stop your dividing. You are in authority, and are more responsible than others. Please stop your pain-making.

How is it you're a pastor & president of the SBC but R so blatantly ignorant of scriptural & world history.
I'm sure u disdain those men as falsely using scripture to condone slavery, when in truth, you are the one showing distain for God, cus he's not the God you want him to be.

Actually you are incorrect. Native Americans had slaves from other tribes. Are you saying only blacks were slaves? Your grasp of history is lacking. Just keep up with this "woke" crap and the SBC #Downgrade you want will happen sooner.

Please just stop. There is literally no one who A) doesn't know this, and B) doesn't acknowledge it's depravity. There is nothing that can change the past and no one within the church wants to go back to that. You are our president. This is divisive and unnecessary. Please stop.

Thank you for being willing to publicly condemn Barack Obama and Hilary Clinton for their contributions to the open slave trade in Libya. https://t.co/AgFvzIca3a

We as Christians, no matter how anti-intersectional it seems, must stand to oppose Libyan slave trade.

The 1619 Project Should Also Include the Following Question. What Does it Mean to be a Southern Baptist?

In the 1619 Project its time to ask the question…what does it mean to be a Southern Baptist? Just as the country dealt with slavery one has to be brutally honest and discuss that the Southern Baptists were born and created out of the belief that slavery is Biblical. Just as August 1619 is seared into the nation’s conscious, May of 1845 should also be remembered. It was in May of 1845 in Augusta, Georgia that the Baptists decided to split from the North over slavery. Slavery became the pillar, the cornerstone upon which the Southern Baptists decided to build its organization from. That is a horrific legacy. However, here is the problem that needs to be discussed. In 1995 the Southern Baptists apologized for its past with slavery. And then the Southern Baptist Theological Seminary in Louisville issued a report about slavery and racism in its seminary. So the Southern Baptists take two steps forward and then one major step back. When I read many of those tweets, those saying they will not apologize, playing up white privilege, playing whataoboutism, etc… I was horrified. The Baptists who sent those Tweets sent another message about who they are and what they believe. If I were a Southern Baptist I would be mortified. This is not an issue that is liberal vs. conservative. This is about having an honest discussion about the topic of slavery. If you can’t discuss your past, then how can you collectively move forward? This is a discussion that needs to be had. Those who consider themselves to be Southern Baptist, they need to ask the question who are they and what do they believe? From my perspective those Tweets show how far the Southern Baptists need to go., as many are still in the mindset of May of 1845. Doing that anonymously even has a darker side to it. I write in my name, but the fact that some choose to act that way in private is awful. This post will be hard for some people but hopefully this will give people something to consider.

5 thoughts on “The New York Times 1619 Project on Slavery and how Some Baptists Reacted to J.D. Greear on Twitter. Also the 1619 Project Needs to Comprehend the History of Slavery in the Convention”