These are some pictures of Yosemite National Park in California. This is just outside my doorstep of Fresno which is where I grew up.

“Climb the mountains and get their good tidings. Nature’s peace will flow into you as sunshine into trees.”

“Keep close to Nature’s heart… and break clear away, once in a while, and climb a mountain or spend a week in the woods. Wash your spirit clean.”

Fresno, California is my home. It was where I was born and raised. And yet I consider all of California to be home. One of the joys of living in California is to be near to Yosemite National Park. I camped there when I was in Boy Scouts and yet the sad reality is that I took it all for granted. There were many times I could have gone and explored more and I didn’t because I reasoned that I would live in California long term. Life didn’t work out that way. After all I moved from California to Wisconsin and then to the Washington, D.C. area. My sister and I went to Yosemite a couple of weeks ago and had a break. These are some pictures I took from the floor of the Yosemite Valley. By all means if you have never been to Yosemite National Park I would highly encourage it. Make a pilgrimage there and take it all in. It is an amazing sight to see. When I visit a national park like Yosemite or Glacier what I like to do is put on some theme music from Hans Zimmer and that helps set the scene up. So turn up the music and just be in wonder of the nature of Yosemite.

Another view of one side of the Valley. 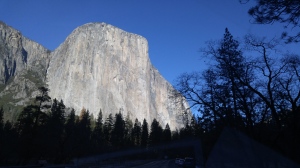 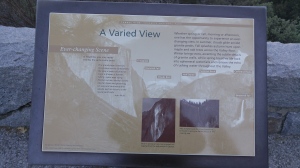 This breaks down the Yosemite Valley.

Another view from the Yosemite Valley. 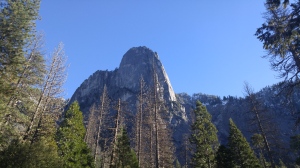 The Half Dome at Yosemite 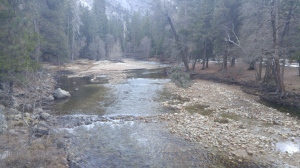 Merced River which is very low.

Merced River in another direction 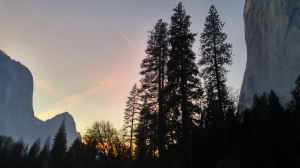 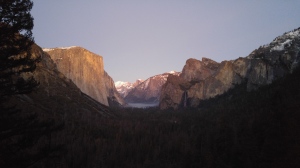