“Nearly all men can stand adversity, but if you want to test a man’s character, give him power.”

“If you want to remove me, you’re going to have to sue me to get me out of here. And gentlemen, I have two things you don’t have: control of the pulpit and the control of the money. So good luck.”

But the Holy Spirit produces this kind of fruit in our lives: love, joy, peace, patience, kindness, goodness, faithfulness, 23 gentleness, and self-control. There is no law against these things! 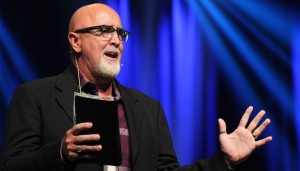 Who is James MacDonald

James MacDonald is a well known celebrity pastor in American evangelicalism. James, originally calls Ontario, Canada home. He attended London Baptist Bible College in Ontario where he earned a BA in in theology in 1984. In 1988 he graduated from Trinity Evangelical Divinity School in the Chicago area. He also graduated from Phoenix Seminary in 1996 with a D Min. James MacDonald planted Harvest Bible Chapel in 1988 with his wife Kathy. The first location had 18 people and in time it grew to be a giant in the Chicago area with 13,000 people across the seven campuses. The growth of the network in Illinois is as follows. In 1995 the congregation moved into a converted warehouse in Rolling Meadows. Elgin and Niles were added in 2004. Crystal Lake was the next plant in 2007 while the Chicago Cathedral came about in 2012. Aurora launched in 2011 and Deerfield Road occurred in 2012. James MacDonald has published a large number of books. There are too many to feature but these are but a sampling of some of the books released in the past two decades. “Act Like Men: 40 Days to Biblical Manhood“,”Lord, Change My Attitude – Bible Study Book: Before It’s Too Late“,”Think Differently – Bible Study Book: Nothing Is Different Until You Think Differently“,”Lord Change Me“,”When Life Is Hard“,”Always True: God’s 5 Promises When Life Is Hard“,”Vertical Church: What Every Heart Longs for. What Every Church Can Be“,”Gripped by the Greatness of God“,”God Wrote a Book” and “Ancient Wisdom: The Book of Proverbs with Devotions for Today.”

James MacDonald is also known for his radio program called Walk the Word. That successful radio program began in 1997. In 2000 the program was added to Moody’s broadcasting network. In 2014 Walk the Word expanded to a global audience and received an award for “Best Television Teaching Program” shortly thereafter. The program is broadcast on the Trinity Broadcasting Network. Another feature of this evangelical church network is Harvest Christian Academy. The Academy began in 2004 at the Elgin campus as a private Christian school. There are 700 students and 90 faculty. The academy appears to have a strong education program as well as athletics, arts and pushes community service. The upper academy in athletics is a member of the Illinois High School Association and students can compete in bass fishing, cheer leading, cross country, basketball, baseball, golf, soccer, track and field, wrestling and volleyball.  Harvest Bible Fellowship is the church planting arm of Harvest Bible Chapel. It was founded by James MacDonald in 2002 and planted more then 170 churches on the continents of North America, Europe, Australia, Asia and Africa. You can see a list of their church plants right here.  Prospective church planting pastors are trained by Harvest. In 2018 the work of Harvest Bible Fellowship continued through the Vertical Church Network which is based out of Winston-Salem, North Carolina.

There are three other elements of the network which also deserve attention – its worship and film ministry. Vertical Worship launched in 2012. The worship division released five worship albums. Vertical Church Films started in 2012 with the goal of producing professional feature length movies. Two short films that were released are The Ride in 2012 and Once We Were Slaves in 2014. In 2017 the ministry released a professional length movie called The Resurrection of Gavin Stone which played in 1000 movie theaters inside the United States.  The last ministry of note from Harvest is Camp Harvest. Camp Harvest is located n Croton, Michigan. Camps Harvest is a youth and family camp and retreat that operates year round. Also there is a pastoral training center

In all of these issues The Elephant’s Debt has led the way and been the goto source to understand Harvest Bible Chapel and James MacDonald. Former elders have published documents, released statements and more.

On October 16, 2018 filed a defamation lawsuit in Cook County Circuit Court against former workers of Harvest Bible Chapel accusing them of defamation. The lawsuit claims that false information about the church, its finances, and governance have been written. The plaintaff is James MacDonald, Senior Executive Pastor /Chief Operating Officer James Scott Milholland, Elder Board Chairman Ronald Duitsman and Elder Board member William Sperling. The defendents in this lawsuit are Ryan Mahoney, Melinda Mahoney, Scott Bryant, and Sarah Bryant. They are accused of funding and operating The Elephant’s Debt. in legal documentation Harvest Bible Chapel is stating that The Elephant’s Debt is defrauding and defaming. Another plaintiff is in the lawsuit for comments she made on Moody Radio in Chicago. The formal allegations claim that Illinois Deceptive Trade Practices Act were violated. Harvest is calling for a jury trial and want the plaintiffs is issue a restraining order to prevent the publication of false information and award damages. You can read the article in the Cook County Record here.

The Elephant’s Debt issued the following statement on October 19, 2018.

On 17 October 2018, James Sherwood MacDonald, individually, and Harvest Bible Chapel, corporately, filed a complaint in law as well as a temporary restraining order (TRO) against the authors of this website, the wives of the authors, and an independent journalist by the name of Julie Roys.

The complaint and TRO stem from the contents of this blog, and for simplicity sake, the essential legal allegation is defamation.  According to the article published by the Cook County Record, Ms. Roys “declined to meet with church leadership for a story on Harvest she is currently reporting for World Magazine.”

While the authors of this website would never have chosen to resolve our differences in a litigious manner, we are confident that the legal process will ultimately uphold the values of the first amendment right to freedom of religion, freedom of speech and freedom of the press, all of which are essential to safeguarding the values of the Protestant Reformation and our common life.

The Lawsuit is Going to Fail…Here’s Why

When I heard about this the first thing that came to my mind is the following. What is James MacDonald scared about being revealed? What is coming down the pike that he doesn’t want the public to know? What is trying to bottle up and contain? This behavior by MacDonald shows that The Elephant’s Debt is effective and that people are learning about the issues of Harvest Bible Chapel and staying away. MacDonald is into empire building. Religion is a business for him and he has been corrupted by the fame, money, power and more. James craves the power and The Elephants Debt has revealed his motivation and what makes him tick.

Here are my thoughts if James MacDonald didn’t want such a website to launch he should have treated people with the respect and kindness they deserve. He should have treated the Harvest elders and more with grace and kindness. I have no sympathy for James MacDonald as he brought this upon himself through his behavior. This lawsuit is an act of spiritual abuse to try and coerce and use the legal system as a weapon. It won’t work for the following reason. The Elephant’s Debt hasn’t defamed James MacDonald, it just told the truth and backed it up with documents and stories from those in the know. As I have learned from writing The Wondering Eagle a good blog depends on sources in order for it to work. James MacDonald did one of the stupidest things a person could do. He empowered The Elephant’s Debt and drew attention to the website. Attention that it would not have gotten otherwise. The lawsuit will be stressful no doubt but in a court of law I believe The Elephant’s Debt will have the upper hand. The Elephant’s Debt is doing what the Chicago Tribune or the Washington Post has done. They are just sharing the news as it becomes available. I want The Elephant’s Debt to know that this blog supports them. If any former members of Harvest Bible Chapel want to share any stories I will give them a platform. Today we are living in an age of authoritarians, as you see that globally and domestically. James MacDonald is a representative of that authoritarianism, and yet in the course of time he too will fail. That is all I have to say for today guys, The Elephant’s Debt know that you are loved.

23 thoughts on “James MacDonald and Harvest Bible Chapel Goes After The Elephant’s Debt Blog Accusing it of Defamation in a Lawsuit in Cook County Circuit Court in Chicago, Illinois”