This is a quick post exploring how the Mark Aderholt situation effects McLean Bible and David Platt. What does the newest scandal from the IMB mean for both entities? Its my belief that how David Platt handles the situation at the IMB will be an indicator as to how McLean Bible will handle sexual abuse and assault when it occurs.

“Lack of clarity is always a sign of dishonesty.”

“Transparency is the antidote to hypocrisy.”

God is our refuge and strength, always ready to help in times of trouble. 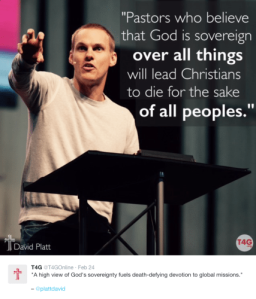 Today we’re going to look at what the Mark Aderholt situation means for David Platt. I have been writing about the Anne Marie Miller story and the IMB this past week. If you would like to read the other posts you can do so in, “Anne Marie Miller’s Alleged Sexual Abuse by Mark Aderholt, and Did the Southern Baptist’s International Missions Board Cover it Up? Plus David Platt’s Response.” You can read about an email exchange I had with Anne Marie Miller in 2015 in, “Writing About an Email Exchange with Anne Marie Miller in December of 2015 When Reviewing Cru’s (Formerly Campus Crusade for Christ) Christmas Conferences.” Then you can read about the IMB’s General Counsel Derek Gaubatz in, “A Closer Look at Derek Gaubatz the General Counsel for the International Missions Board. Does “Religious Freedom” Mean the Right for the Southern Baptists to Cover Up Sexual Assault?”  Now let’s move into the post for today.

I Want to Give David Platt the Benefit of the Doubt

I want this first part to be clear, as its something that should be stated before going forward. David Platt was elected to head the International Missions Board (IMB) in 2014. The IMB investigated the situation with Mark Aderholt and Anne Marie Miller in 2007. So much of this happened before David Platt arrived at the IMB. Because of that I want to stress that I want to give David Platt the benefit of the doubt. I honestly hope he did not know about this situation and that the person who failed was Derek Gaubatz who was the General Counsel of the IMB. But its important to stress that David Platt should have  the benefit of the doubt. That being said there are a lot of questions that need to be asked and I want to look at those in this post today.  An independent investigation will clean this issue up. There are a couple of different possibilities that remain which need to be explored.

As the head of the IMB does information like this filter up to David Platt or any IMB president? If David knew of the situation then why wasn’t it reported to law enforcement? Or do situations like this rest with the general counsel and are they kept with him? Do they have an internal policy that allegations of criminal activity is routed to the general counsel and that they stay with that person so that there can be plausible deniability? Is that done so that David Platt can honeslty say, “I didn’t know about this?” When presidents of the IMB rotate and a new one comes aboard, does the outgoing one share with the incoming one ongoing issues or alleged criminal activity? If David Platt came into the IMB in 2014 and knew about the situation then why didn’t he have the IMB report the situation to law enforcement? If David Platt knew about this and did nothing that is disturbing in many ways. That also leaves open the question, does the leadership of IMB know about other allegations regarding sexual abuse and also sit on it? Do they have to report or go to law enforcement about a number of other cases?

If David Platt Did Not Know About Mark Aderholt

There is a flip side to the above situation that also is troubling as well. Another question to be asked is what if David Platt didn’t know about Mark Aderholt? What if the first time he learned of this was in the Star-Telegram? What does that mean? Is it possible that inside the IMB that information regarding alleged criminal activity is kept from David Platt and other personalities? Does it just stay with the general counsel? Or does it also mean that the president of the IMB is not aware of what is happening inside his own organization? That is disturbing also when you consider it. If that is the case is the SBC then going to struggle with the issue of child sex abuse or sexual assault indefinitely? That child sex abuse or sexual assault will forever be a part of its culture? If this is a cultural issue then what is troubling is that the IMB would then not be aware of what is happening inside of its own organization. If that is indeed the case then how could David Platt or any IMB president make influence and lead the organization?

What Does this Mean for McLean Bible?

This situation with the IMB also has implications for McLean Bible. How David Platt responds to this can be an indicator as to how he will respond to a case of child sex abuse that happens at McLean Bible. If and when it happens how will it be dealt with is an issue that? That is something that needs attention and I honestly hope individuals at McLean Bible are thinking about. What would happen if this is mishandled (which it has been) and its not handled properly going forward? If a situation of child sex abuse happens at McLean Bible will it be handled similarly to the IMB? McLean Bible hopefully is paying attention and asking questions. One problem that is an issue is that David Platt is a brand as he is a celebrity pastor. At McLean Bible there will be a tendency to protect him as that is what McLean Bible is now selling. This is the flaw in the celebrity pastor model as people identify so closely with it in the end. It can lead to a circle the wagons mentality.

Has McLean Bible Had Problems with Sexual Assault, Domestic Abuse or Voyeurism? After all Fairfax Community Church Employees a Violent Sex Offender

And finally this leads us to the last question in this post. McLean Bible has been around for decades now. In its history have their been cases of sexual misconduct or allegations of misconduct? Have there been incidents of child sex abuse or sexual assault that were allegedly covered up? Have there been cases of voyeurism at McLean Bible that have occurred that have been covered up? Has domestic abuse been handled properly or has that been swept under the run? I honestly hope that is not the case but its an issue in many churches and denominations. Why would McLean Bible be exempt? If any of this has happened (and I honestly hope it has not) let’s drag it out and deal with it and learn from it so that going forward this will not be an issue.

On the Virginia side of Washington, D.C. McLean Bible is the biggest church that exists with 16,500 people that attend according to the Hartford Institute of Religious Research. At another mega church in the Washington, D.C. area a disturbing situation keeps dragging on that is relevant to this discussion. Fairfax Community Church as led by Rod Stafford currently employees a violent sex offender. That person is Eric Nickle. Fairfax Community under Rod Stafford mislead the congregation and hid it from them. This blog was the one that had to the whistle on that situation. I did so in, “Why Does Fairfax Community Church have a Care Director on the Commonwealth of Virginia’s Sex Offender Registry?” So this is already an issue in a Washington, D.C. mega church. That is it for the day guys, know that you are loved.

One thought on “What Does the IMB Scandal with Mark Aderholt Mean for David Platt and McLean Bible?”