“Many in our country do not know the pain of poverty, but we can listen to those who do. And I can pledge our nation to a goal: When we see that wounded traveler on the road to Jericho, we will not pass to the other side. America, at its best, is a place where personal responsibility is valued and expected.”

“There are people in the world so hungry, that God cannot appear to them except in the form of bread.” 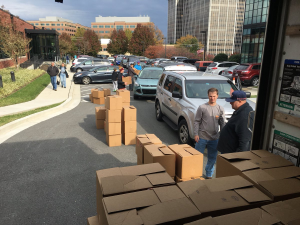 The hijacking scene from The Taking of Phelam 123

Hollywood likes drama and they often do movies that deal with a hijacking. The scenes above are from two such recent movies that came out in the past few years. One is based on fiction, and the other is based on an actual event. The Taking of Pelham 123 is a thriller that came out in 2009. It is a remake of a 1974 movie that was based off a novel. The 2009 film stars Denzel Washington and John Travolta and is directed by Tony Scott. The movie is about a New York City Subway train that is hijacked from Pelham 123 station. John Travolta plays  a disgruntled former manager of a private equity firm who goes to prison for fraud. The first car of the train that is hijacked is then uncoupled and the hostages are put together. John Travolta’s character tells Danzel Washington in a ransom call that they have an hour to pay him $10 million in cash or a hostage will be executed for every minute they go past the deadline. The movie is a very intense thrilled that shifts and changes as you learn new information about either John Travolta’s character or Denzel Washington. The take away is that I want you to remember that this movie deals with a hijacking. It is fiction based but the theme about the hijacking comes through. The next movie is not fiction and instead is based on actual events. Captain Richard Philips oversaw and was responsible for the Maersk Alabama. The Alabama is a cargo ship that was off the the Somalia coast in April of 2009 that was interdicted by hijackers. Four Somali pilots seized the cargo ship and forced the United States Navy into action. Navy Seals became involved and helped rescue the Captain of the Maersk. You can read more about the event here and here. Tom Hanks plays Richard Philips in the movie.

Over the past two years McLean Bible (MBC) has been moving in a Neo-Calvinist direction. The church has been hijacked in a similar manner to those scenes you see up above in either The Taking of Phelham 123 or Captain Phillips. The hijacking was done through a lot of deceit and dishonesty. The Neo-Calvinists pounced, people are leaving, and there are others dealing with the effects of all this and trying to figure out what to do. Its how the Neo-Calvinists operate, or its their modus operandi. The event culminated with the membership meeting on September 27, 2017. Below you will find some of the posts that I did about that membership meeting and David Platt becoming the Teaching Pastor of McLean Bible.

Having written that let’s look at the annual MBC Thanksgiving Outreach which is here in the Washington, D.C. area.

The McLean Bible turkey outreach has long been well known and an integral part of this Washington, D.C. area church. The turkey outreach started with one person in 1995. It soon became a small group activity and grew and was soon promoted and supported by MBC. MBC Frontline Ministry was closely involved in this program. In 2008 in the Washington, D.C. area MBC fed at least 7,500 people for Thanksgiving. Since the very beginning of this unique ministry McLean Bible has at least fed over 400,000 people and distributed 80,000 boxes over the past 20 years since the church stated doing this project. Its my understanding that the church has developed a good working relationship with a distributor to buy food in bulk and at lower prices. The Wondering Eagle would be interested in finding out how much MBC has spent annually on the Thanksgiving Outreach. If anyone could email me that information and I will update this post when I obtain it.

For November 18, 2107 the Thanksgiving Outreach started at about 6:00 in the morning. The Early Morning Brigade gets there first and organizes the assembly lines and pallets for people to pack the food.  This is down on the bottom level of the MBC parking garage. The other crews get there at 7:00 to start packing the boxes with food and more. The packers put food canned goods, vegetables, the Gospel of John, and a letter from the church in a box along with a turkey. This year MBC asked for 600 packers. You also have the Box Brigade that handles the boxes once they are loaded. Other people worked in hospitality or central operations. Then you have delivery liaisons who make sure the truth is packed properly and to pray for the truck drivers before they go to their respective locations. The truck drivers drive the boxes to their intended locations. You can see the layout for what MBC asked this year when it comes to volunteers here. Various campus are involved in the Thanksgiving Outreach including Loudon, Montgomery County, Prince William, Arlington and the Tysons Corner campus.  The picture you see up above came from MBC’s Montgomery County location. For 2017 MBC distributed 6,000 boxes of food in the Washington, D.C. area and up to Baltimore as well.

Will the Turkey Outreach be Canceled for 2018 after McLean’s Hijacking?

The Wondering Eagle has a lot of questions that I would like to tackle about MBC in the course of time. One of the questions comes about just as I have lived in the Washington, D.C. area. Will MBC continue the Turkey Outreach into 2018 and beyond? After all in the Neo-Calvinist model programs are cannibalized. That is underway at MBC from my understanding. Many programs have been cut, or in the process of being cut back. Neo-Calvinism, which can be like a virus can leave a church dead in the water when all is completed. Its with that in mind that I ask, what is the future of the Turkey Outreach? Is this the final time it is being held? Or will the program be cut and the money used for a church plant, conference or something of that nature. I would like to get an answer in time, perhaps  whoops I mean Dale Sutherland can let us know what the future is for this established program that helps out a lot of people in the Washington, D.C. area. The tragedy for this church that is becoming more 9 Marks is that in the end people will be fried. Watch that scene up above when Captain Philips is rescued and he’s been through hell and dealing with PTSD. That will represent MBC members in a few years. Fried, burned out, dealing with the effects of Neo-Calvinism/Neo-Puritanism and PTSD. Hopefully that will not happen and this will not be the case. However, I wish I could be wrong, but honestly I am pessimistic about this situation after writing about these problems for the a while. That’s it for the day guys, please know that you are loved.