A brief post recommending an article by Relevant magazine on how key people who have influenced evangelical Christianity would be considered heretics today for some of their theological views. This article looks at people like C.S. Lewis and Augustine in a far different light.

And so, dear brothers and sisters, I plead with you to give your bodies to God because of all he has done for you. Let them be a living and holy sacrifice—the kind he will find acceptable. This is truly the way to worship him. 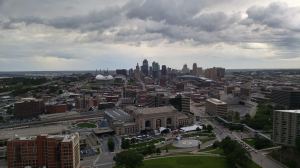 One of the things I find interesting and disturbing about modern evangelicalism is how doctrine can shift. Many evangelicals claim they are consistent to “sound doctrine” but the reality of the situation is that they are often not. As I was researching the other day I came across an old article published at Relevant magazine that looked at key theologians or people that have influenced modern evangelical Christianity. The article then goes on to say how individuals like C.S. Lewis and Augustine and others would be considered heretics in today’s evangelical culture. The article is called, “6 Heretics Who Should Be Banned From Evangelicalism.” Feel free to read and discuss the post below. Have a great day!