The Wondering Eagle is adding John Fea’s “The Way of Improvement Leads Home” and Steve Hilliker’s “Voices of Deconversion” to the list of recommended blogs or podcasts for readers to read and process. Both are high quality work that deserve to be recognized.

“A little learning is a dangerous thing.”

“Tell me and I forget. Teach me and I remember. Involve me and I learn.” 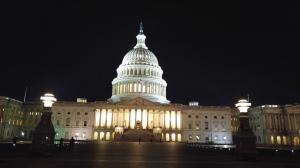 US Capitol at night

I am adding two web sites to the list of recommended blogs. I have followed both and enjoy them immensely. The first one is a blog by John Fea, and is called “The Way of Improvement Leads Home.”  John Fea is an American History professor at Messiah College  in Grantham, Pennsylvania. Grantham I believe is outside Harrisburg. John writes an active blog that looks at history and American evangelicalism. He coined the phrase “court evangelical” and writes a lot about evangelicals and Donald Trump. He also writes a lot about religious history and is active in the academic historical community. As a former grad student in history I deeply appreciate his work. Be prepared that if you subscribe to his blog you email will be overflowing. But I appreciate all the work that he does.

The next web site also has podcasts. It actually started to follow me on Twitter. The site is called Voices of Deconversion and is written by a former seminary student Steve Hilliker. Steve hails from the Tacoma, Washington area and is very much in tune with evangelicalism and Christianity. I had the pleasure of talking with him on the phone a few weeks back and hope to have more discussions with him. His blog features and promotes former Christians who tell their story of how they deconverted. The issue of Christian discrimination against atheists is a very real issue. People who deconvert face a lot of flak from Christians who quite simply do not understand. People can deconvert against their will and can face lost marriages or strained or broken families. Its my goal, and I have been doing this, to write about these issues from time to time. As I have said in the past I think where 99.95% of Christian blogs go wrong is that they don’t talk about atheism or secular humanism. And when they do they get it wrong more often than not.

So to John Fea and Steve Hilliker I want to say welcome to The Wondering Eagle! Keep up the good work and keep publishing and podcasting!